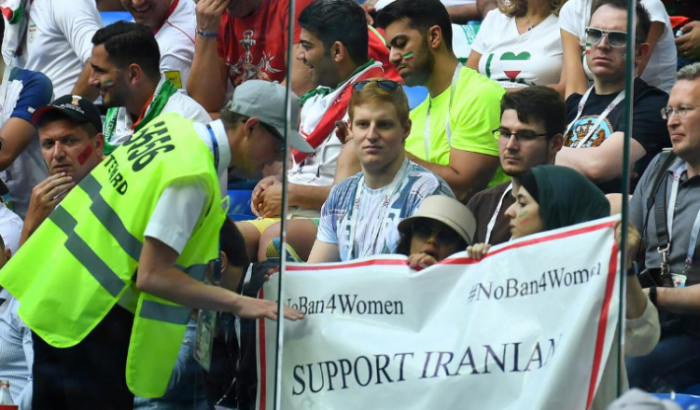 FIFA officials will visit Iran, following the death of a female fan who set herself on fire in protest at her arrest for attending a match, world soccer’s governing body told Reuters on Wednesday quoting Reuters.

Sahar Khodayari, dubbed “Blue Girl” due to her favorite team Esteghlal’s colors, died in hospital on Monday after her self-immolation outside a court where she feared being jailed for six months having attended the match in disguise as a man.

A FIFA spokesman said that meetings with Iranian soccer officials, expected inside the next two weeks, were part of preparations for Iran’s World Cup qualifying games — they face Cambodia at home on Oct. 10 — and were not a specific response to Khodayari’s death.

The FIFA officials, however, will check the preparations made by the Iranian FA to provide access to that Oct. 10 match for women.

The death of Khodayari has caused widespread outrage in Iran and internationally and there have been calls on social media for Iran’s football federation to be suspended or banned by FIFA.

Popular Iranian exile musician Arash Sobhani, of the group Kiosk, was among those who took to social media to protest and told Reuters that Infantino needed to take action.

“He needs to step up and do what is right. Ban the Iranian federation until they allow all the Iranian women to go to the stadium. They should be just as equal as the men,” he said.

In a statement issued on Tuesday, FIFA expressed its condolences and said it reiterated “our calls on the Iranian authorities to ensure the freedom and safety of any women engaged in this legitimate fight to end the stadium ban for women in Iran.”