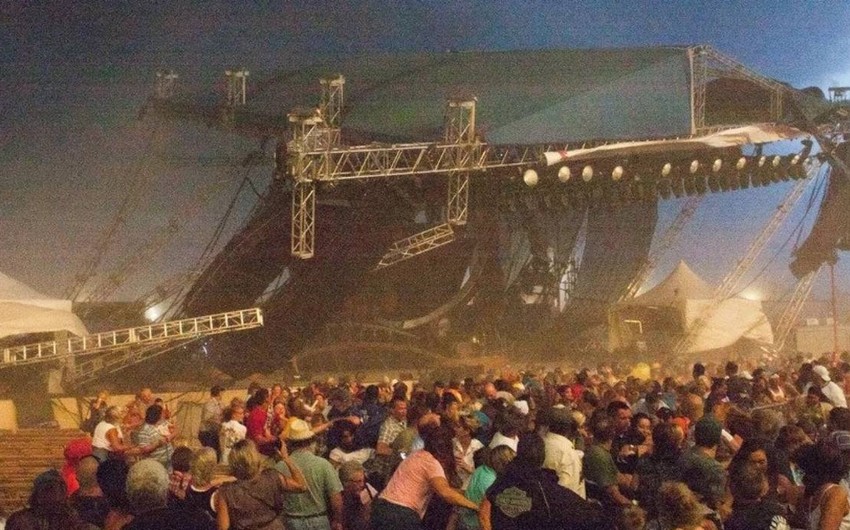 One person was killed and dozens were injured when high winds caused part of the main stage to collapse at a dance music festival near the Spanish city of Valencia in the early hours of Saturday, regional emergency services said, Report informs, citing Reuters.

Other infrastructure was also damaged when gusts battered the Medusa Festival, a huge electronic music festival held over six days in the east coast town of Cullera, south of Valencia.