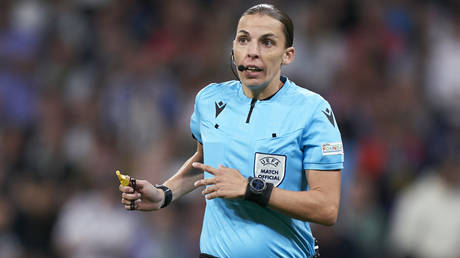 France’s Stephanie Frappart will become the first woman to referee a FIFA World Cup fixture when she leads an all-female officiating team at Thursday’s Group E encounter between Germany and Costa Rica.

The 38-year-old Frappart will be flanked at the pivotal match in the Al Bayt Stadium by Brazil’s Neuza Back and Mexican Karen Diaz Medina as her assistants, in what is a sign of diversity in a tournament which has been blighted by allegations of inequality and discrimination.

Frappart has already carved out a piece of history for herself in Qatar when she became the first female official at a FIFA World Cup came when she was assigned fourth official duties for last week’s 0-0 draw between Mexico and Poland.

Read more:   US Army grounds its helicopters over engine fires

She also became the first female to oversee a World Cup qualifier when she refereed a match between the Netherlands and Latvia in Amsterdam in 2021, and also the first woman to officiate a Champions League game in a 2020 game between Juventus and Dinamo Kiev. (RT)