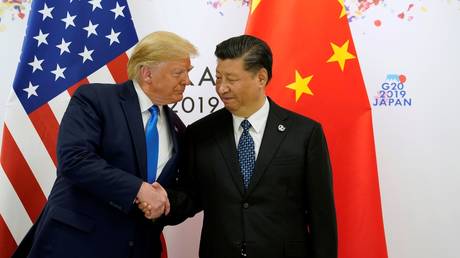 Former President Donald Trump has claimed victory over his critics, saying he was proven right on such issues as China’s role in the Covid-19 pandemic, and he reiterated his demand that the Chinese Communist Party pay reparations.

The CCP should pay $10 trillion in “global reparations” for allowing “the worst event in world history,” Trump said in a statement issued on Thursday. He also mocked the White House’s chief medical adviser, Dr. Anthony Fauci, saying: “Dr. Fauci likes to say that he is ‘science’ when, in fact, he is merely science fiction.”

Latest statement from Donald Trump.”Dr. Fauci likes to say he’s ‘science,’ when in fact he is merely science fiction!”Trump calls on China to pay $10 trillion in reparations. pic.twitter.com/YVmgNmUguq

The statement came on the heels of reports suggesting that Covid-19 may have leaked from the Wuhan Institute of Virology – a Trump-backed allegation that mainstream media outlets and social media platforms portrayed as a debunked conspiracy theory until last month. Fauci was entangled in the Wuhan story after his emails from early in the virus outbreak were released, suggesting that he helped squash the lab-leak theory, and the doctor was accused by Republican lawmakers of lying about US taxpayer funding for research at the Chinese lab. 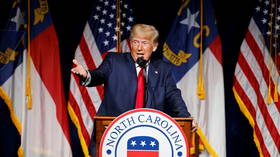 “It is now unanimous, and I have been proven right (once again) that the initial World Health Organization report on the Wuhan lab was flawed and must be redone, this time by a truly transparent investigation,” Trump said. “We were right about the China virus from the beginning, and now the whole world sees it.”

The former president then turned his attention to Fauci, whom the media portrayed last year as being attacked by Trump for giving inconvenient advice on pandemic precautions. Ironically, the emails showed that Fauci knew in February 2020 that children have a “very low rate” of Covid-19 infection, and yet he cautioned against reopening of schools in the fall – against Trump’s wishes.

“Even here in the US, the so-called experts like Dr. Fauci were wrong about the Wuhan Lab and China’s role the entire time,” Trump said. “Just think how bad things would have gotten if I followed Dr. Fauci’s advice and never closed down travel from China (and other things).”

Fauci said on Wednesday in a MSNBC interview that rising criticism of him was tantamount to “attacks on science,” adding, “If you are trying to get at me as a public health official and a scientist, you’re really attacking not only Dr. Anthony Fauci, you are attacking science.”

FAUCI: “If you are trying to get at me as a public health official and a scientist, you’re really attacking not only Dr. Anthony Fauci, you are attacking science.” pic.twitter.com/MwZSv2nxbL

Trump also appears to feel vindicated after an inspector general report released on Wednesday found that, contrary to media reports at the time, police didn’t clear protesters from a park near the White House so the president could have a photo opportunity at a nearby church that had been torched by rioters.

Trump also sounded off with a third statement calling for President Joe Biden to fire his military advisers, the Joint Chiefs of Staff, for calling climate change the greatest threat to America’s security.