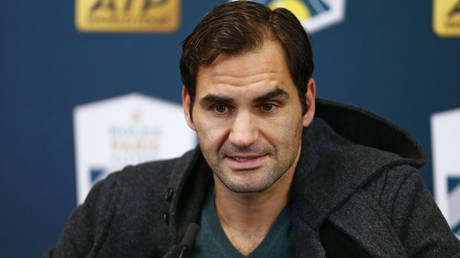 Tennis star Roger Federer says that he couldn’t have done much more to help communication between Australian Open officials and his fellow players as poor air quality due to the Australian bushfires blights the tournament.

Bushfires which have been raging in Australia since September have to date claimed at least 28 lives, destroyed thousands of homes and left millions of acres of land as a barren wasteland in its wake.

But even those not in the direct path of the flames are experiencing trouble due to the fires, including competitors at the Australian Open.

The plumes of smoke have led to poor air quality measurements being recorded, with some people being advised to stay indoors to avoid the potentially hazardous air.

The players, however, must compete in the tournament in Melbourne, sparking fears as to the effect of sustained exercise in such conditions.

Also on rt.com ‘Roger and Rafa are selfish’: Canadian ace rips into Federer and Nadal as Australian Open bushfires row rages on

For his part, Roger Federer says that he has been trying to seek a solution, despite being accused by some lower-ranked players of not doing enough to use his standing to help them after they were required to play in smoky conditions in qualifying.

“I told them [officials], ‘Look, I just think communication is key for all of us. We just need to do more because I feel like I hadn’t gotten enough information,’” the Swiss player said, revealing that he met tournament officials to discuss safety measures and communication with players.

“Can I go on court and say, ‘Everybody stop play?’ I can try. I don’t think that’s going to do much. I don’t think I can do more than what I did. I’m on the council. I’ve been on the tour for so long. I came through the lower ranks, the juniors.

“We all care for one another. I told them communication is key for all of us, for everybody. We just need to do more because I feel like I hadn’t got enough information.”

Dalila Jakupović speaks on what actually happened on the court during the Australian Open tie. pic.twitter.com/LY354hJ6jx

The Spanish top seed said that he had met with tournament director Craig Tiley and said that he was “convinced” by safeguards being put in place if it was decided that the air was too unsafe to compete in.

At least two players have noted health concerns from playing in the tournament so far, with Slovenia’s Dalila Jakupovic requiring assistance to leave the court on Tuesday after she retired from her match because of the poor air quality.

Also on rt.com ‘Never experienced anything like it’: Australian Open chiefs slammed as Slovenian star COLLAPSES on court amid bushfire smoke

Directions from tournament officials state that matches will be abandoned if the air quality exceeds 200 on a PM2.5 measuring device. The threshold decided by the Olympic Committee is 300.

This seems to be good enough for Nadal. (RT)

All matches of Italy’s top football league scheduled for this week, including the derby between…