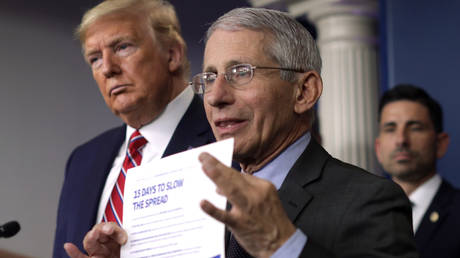 The outgoing White House chief medical adviser, Dr. Anthony Fauci, has criticized China for rejecting Western vaccines while continuing to impose lockdowns on its citizens. Beijing argues that its strategy has led to a lower death count.

“Their approach has been very, very severe and rather draconian in the kinds of shutdowns without a seeming purpose,” Fauci said on Sunday in an NBC News interview.

The 81-year-old Fauci, who plans to retire by the end of next month, led a disjointed US Covid-19 response marked by his flip-flopping on issues such as the efficacy of masks and herd immunity targets. He criticized China’s ‘Zero Covid’ policies, despite previously praising similar zero-tolerance mitigation approaches in Australia and New Zealand.

Read more:   Russian Foreign Ministry: Those responsible for attack on Azerbaijani embassy must be held accountable 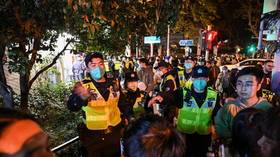 China’s Foreign Ministry stated this summer that the “dynamic zero-Covid policy” is “not aimed at zero infection.” Rather, “it aims to control the sp

The controversial US health official also accused the Chinese authorities of acting in a “suspicious, non-transparent way” during disease outbreaks, “even when there’s nothing to hide.” However, Fauci himself previously admitted to lying to the US public in order to “nudge” up vaccination rates. (RT)