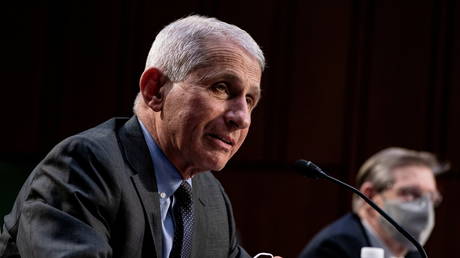 Dr. Anthony Fauci is facing harsh reminders about his past comments on the origins of Covid-19 and the possibility that it was man-made after he said he’s been “open” to the theory and his critics are “distorting” his position.

The theory that Covid-19 was leaked from a lab in Wuhan, China was repeatedly dismissed by officials and the media during the pandemic as conspiracy talk, though the theory has been treated as a more serious possibility in recent months.

Fauci was one of the most prominent people to dismiss the lab leak notion, though he claimed this was not the case during a Wednesday appearance on ‘CBS This Morning.’

“If you go back then, even though you lean towards feeling this is more likely a natural occurrence, we always felt that you gotta keep an open mind – all of us. We didn’t get up and start announcing it, but what we said: ‘Keep an open mind and continue to look,’” he said, adding that it’s a “distortion” for critics to say otherwise.

Dr. Fauci on COVID lab leak theory: “We’ve always said ‘keep an open mind and continue to look.’ So I think it’s a bit of a distortion to say that we deliberately suppressed that.” pic.twitter.com/20VuUBHt2Y

The National Institute of Allergy and Infectious Diseases (NIAID) director and White House health advisor, however, has made numerous public statements in the past dismissing the lab leak theory.

“If you look at the evolution of the virus in bats and what’s out there now, [the scientific evidence] is very, very strongly leaning toward this could not have been artificially or deliberately manipulated,” he told National Geographic in May of 2020.

Also on rt.com Cuomo declares Covid-19 measures over, praises rule-following constituents after 70% get at least one vaccine shot

Critics were quick to remind the health official of his past comments and accused him of hypocrisy, a charge he’s faced from the public for multiple positions that seemingly changed over the course of the pandemic.