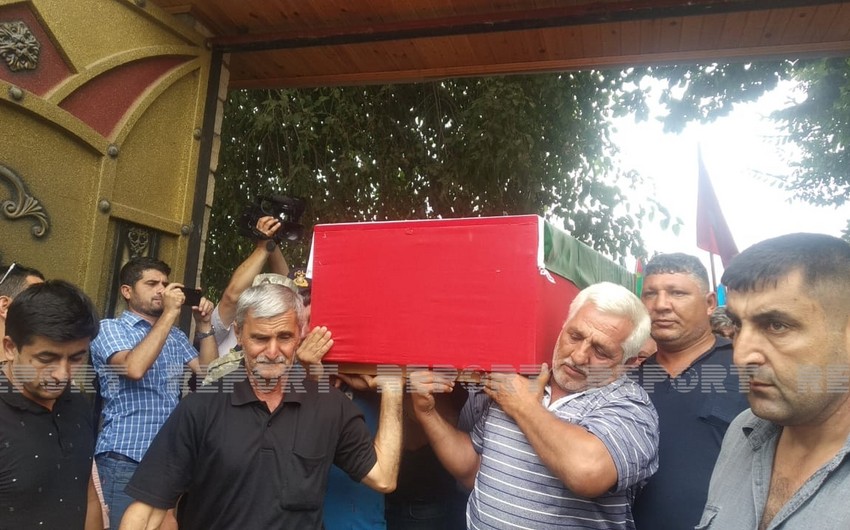 Azerbaijani serviceman, Yagublu Farman Telman, who was killed as a result of the Armenian armed forces’ firing on our positions in the Kalbajar region yesterday, has been handed over to his family.

According to Report’s Karabakh Center, the farewell ceremony is attended by members of the personnel of the military unit where he served, relatives of the martyr, the district administration, and public figures.

The martyr’s body will be buried after the farewell ceremony.

F. Yagublu was born in 1993 in the Gahramanli settlement of the Beylagan region. Farman Yagublu, who took part in the Patriotic War, was awarded the medal “For the Liberation of Kalbajar”.

Yagublu Farman was single and had two sisters.