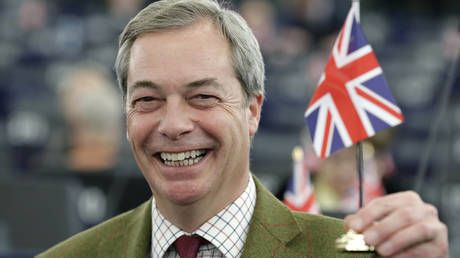 Nigel Farage has warned Leave voters that they may be disappointed in January. © REUTERS/Christian Hartmann

Leading Euroskeptic Nigel Farage has issued a stark warning to Brexiteers, advising that the UK will not successfully be able to break free from the European Union if London does a deal with Brussels this year.

Farage has warned Leave voters that they are likely to be left furious when the Brexit transition period draws to a close on January 1, 2021, because exiting the bloc would not be the “true freedom” that they have “fought for decades.”

The Brexit Party leader said that the Withdrawal Agreement that the British government agreed with Brussels will never leave the UK “free,” and noted that Britain will still be in hock to the union in areas such as state aid. (RT)