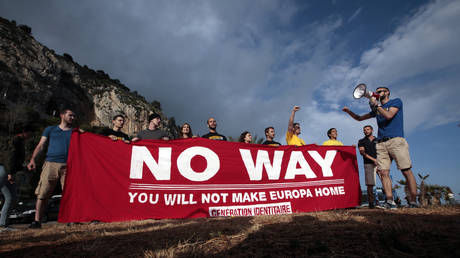 The French government has banned ‘Generation Identitaire’, a far-right group which had declared a ‘war on migrants’ and repeatedly tried to prevent people from entering the country, for discrimination and hatred.

In a tweet on Wednesday, Interior Minister Gerald Darmanin confirmed that Generation Identitaire had been outlawed following a cabinet meeting with the French president. Darmanin said the group “incites discrimination, hatred and violence” and had no place in France.

“With this decision we put an end to the sometimes-violent activities of a group which had for a very long time cut ties with the Republic,” he said, adding that the group is also organized like a private militia, which further violates French law. (RT)