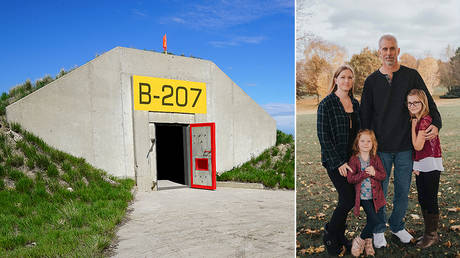 Most of us hope the Covid-19 lockdown is over within weeks and life returns to normal. But one family in the USA is prepared and ready to spend YEARS underground to ride it out.

The Gembalas purchased a former military bunker, made of concrete and steel, in South Dakotathree years ago. There are 575 such bunkers in the fortress, which was used to store bombs and munitions until 1967.

It’s completely off-grid. They have their own power supplies (solar, wind, diesel generators) and running water, and enough dried and canned food to last at least two years.

Michael Gembala, a builder from Indiana, moved his family into their customized bunker last week. Speaking exclusively to RT from inside his shelter, he explained: “This wasn’t an out-of-the-blue idea. Our daughter went through a horrific accident some years ago and as parents we realized that you can’t control everything.”

“We could see how life can change drastically and fast, and we researched what we could do to prepare if something happened in the world, so we could protect our children and family.”

“It makes sense to have life insurance, car insurance and it made sense for us to have total insurance.” 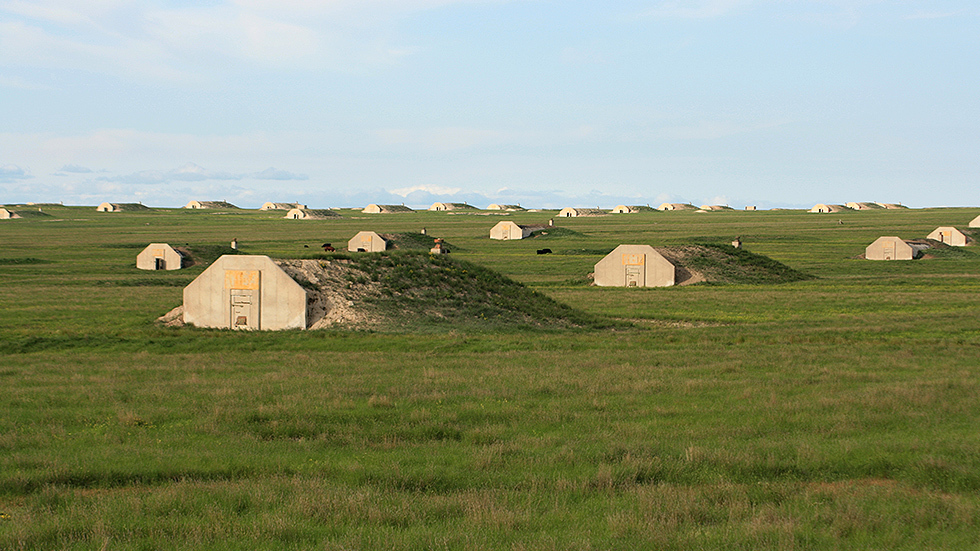 At the end of March, the family packed up their home in Indiana and left for their bunker in just four hours after seeing the rapid spread of Covid-19.

So far, they are all healthy but mother Megan has heard troubling news from relatives. She explained: “My aunt might have it and she lives with my elderly grandparents, so there’s a lot of anxiety for them.”

“We wanted better coverage for our family and tried to think of all the possibilities, so we could protect our kids.” Since arriving, they have now been joined by their four grandchildren.

Also on rt.com Covid-19 deaths in US soar past 10,000 amid mix of concerns over undetected casualties & cautious optimism

The bunkers are out in the remote countryside and are purposely located far from any potential flood sites or nuclear targets.

Michael said: “We’re in one of the safest places you can be in the middle of nowhere, and there’s only about 100 [Covid-19] cases in the whole state.”

We packed up and were gone in four hours. We were on our way just a few hours before the stay-at-home order was issued by Indiana, so it was perfect timing.

“We’re here to ride out, we’re here till the end and whatever happens, we’re in it for the long run.We have enough food for a couple of years.” 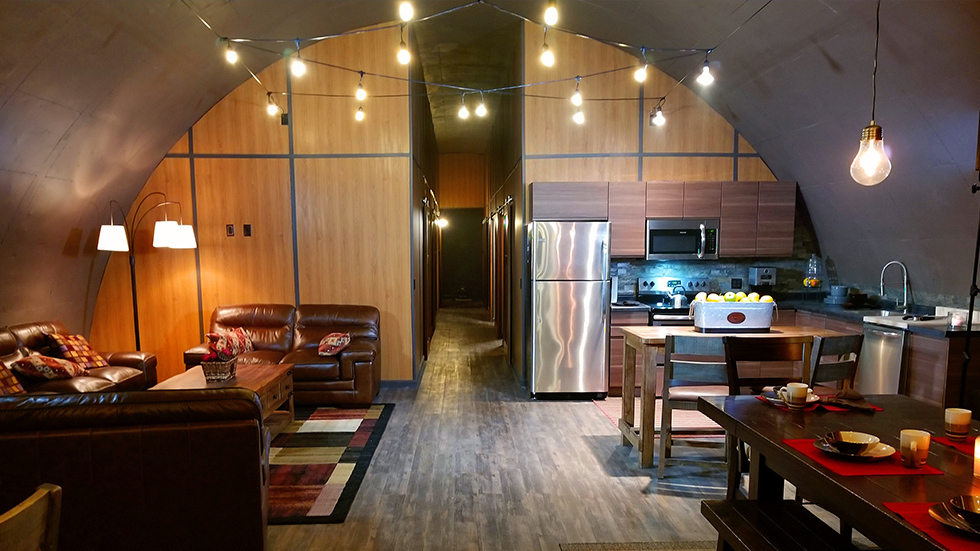 Each owner gets their bunker in shell form for $35,000 and then can customize it. The firm which runs the site, Vivos, bills itself as providing “the backup plan for humanity.” It estimates that you could spend between $30,000 to $150,000 fitting it out, with some having lavish bathrooms, full living rooms, and comfortable bedrooms. Judging by the photographs on Vivos’ website, some of the bunkers could be mistaken for four-star hotels, featuring gyms, swimming pools, cinemas, and bars.

Michael is a general contractor and runs his own small construction firm, so is capable of converting the bunker himself. Megan used to help run the business and will continue homeschooling their two children, something she had already been doing back in Indiana.

Some think the Gembalas are crazy for buying a bunker, but according to Vivos, they are not alone: sales are up 500 percent compared to last year and enquires have rocketed by 1,000 percent fueled by fears over the pandemic, and the firm is planning new sites in Germany and Asia.