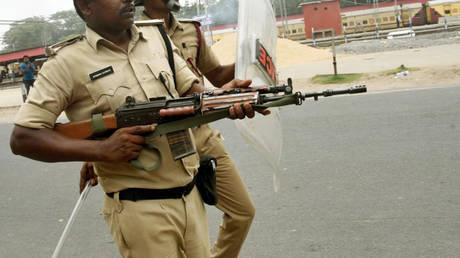 A gang in India ran a fake precinct from a hotel and extorted money from hundreds of people FILE PHOTO, © Getty Images / Santosh Kumar

Authorities in the Indian city of Banka have busted a gang for running a fake police station, the Bihar state police said on Thursday. Officials say the impersonators managed to extort money from hundreds of people during the nearly eight-month-long scam.

According to the real Banka police chief Shambhu Yadav, the fraudsters set up shop inside a hotel just 500 meters away from the city’s actual police station. The gang apparently managed to fool everyone by wearing authentic-looking uniforms and carrying real firearms.

Officials say the group ran their scam by charging locals who came into the fake station to file complaints and cases. They also took money from people who they promised to help secure social housing or get a job in the police force. The group reportedly demanded payments of up to 70,000 rupees, equivalent to about $900, for “processing fees.”

The fraudsters also reportedly paid a number of people from the area about 500 rupees (~$6) a day to act as if they were employees at the station. The scam fell apart after Yadav noticed that one of the impersonators was carrying a gun that was not a standard issue service weapon. 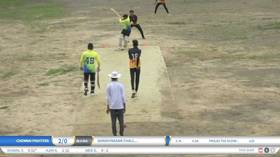 Following a police raid on the fake station earlier this week, local media reported that at least five gang members, including two women, were arrested. The gang’s leader remains at large. Yadav said that the investigation was still ongoing and that information would be revealed in the near future.

While there have been many cases of people impersonating police officers in India, this is the first time someone has managed to run a fake police station, let alone for so long, one police officer told local media. (RT)