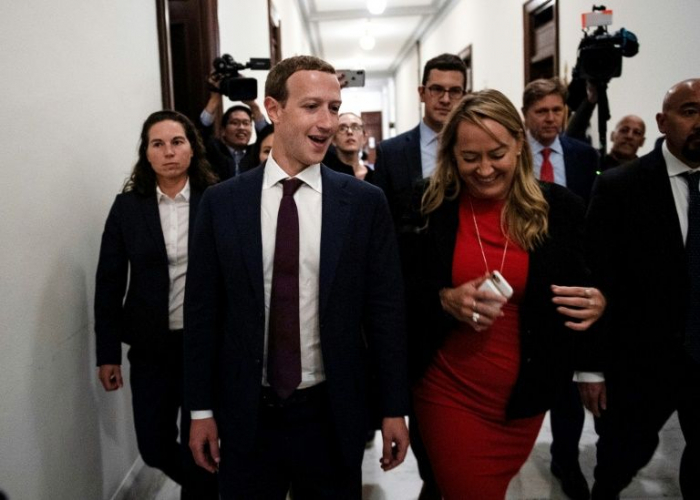 Facebook co-founder and CEO Mark Zuckerberg met Thursday with President Donald Trump and a number of members of Congress, as Facebook has taken the path of resolving its regulatory and legal issues centring around competition, censorship, reported bias, etc, according to Sputnik.

While the president reviewed the get-together as “a nice meeting” without giving any further details, Republican Senator Josh Hawley, in a nutshell, shared what the talk was about.

Hawley tweeted after his one-on-one meeting with Zuckerberg that he “challenged him to do two things to show that Facebook is serious about bias, privacy and competition”.

The senator suggested Zuckerberg sell messaging app WhatsApp and photo-sharing service Instagram, which are among over 70 companies the 2.5 billion-user social media giant acquired in the not so distant past, “to prove you’re serious about protecting data privacy”, citing Zuckerberg as responding to him “it wasn’t a good idea” as part of their “frank” exchange.

The acquisition of dozens of new structures under Facebook’s umbrella has long sparked concerns over its ability to not only process massive amounts of personal data with sufficient discretion, but also effectively stand on guard of users’ privacy.

In response, US federal and state antitrust agencies are exploring anti-competitive actions potentially committed by Facebook and members of Congress are currently working on comprehensive privacy legislation that could lead to a lesser market monopolisation of companies like Facebook, Google, Amazon, and Apple and prevent them from making fortunes off users’ personal data.

Azerbaijan has a unique potential, Mission Director for USAID in Azerbaijan Jay Singh said at…

Hit by a massive locust invasion, Pakistan is likely to purchase crucial insecticides from arch-foe…

The number of new coronavirus cases in mainland China fell below 2,000 on Tuesday for…

WHO warns against virus over-reaction as death toll hits 1,868

John Bolton breaks his silence after Trump impeachment: ‘I knew what I was getting into’