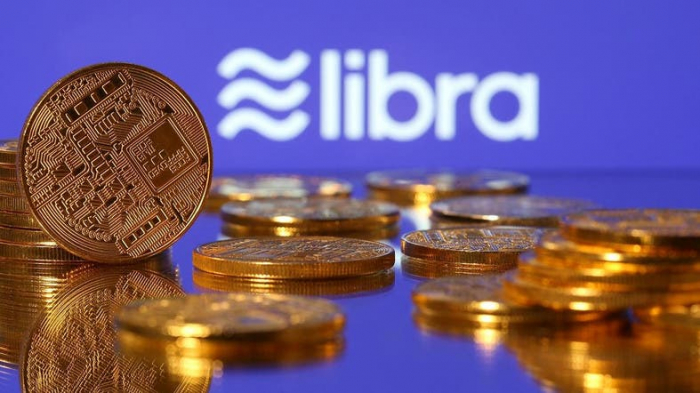 Facebook’s plans to launch its Libra cryptocurrency faced a new hurdle on Thursday when the Group of Seven wealthy nations said such “stablecoins” should not be allowed to launch until the profound international risks they pose are addressed, according to Reuters.

When launched on a wide scale, stablecoins – digital currencies usually backed by traditional money and other assets – could threaten the world’s monetary system and financial stability, a G7 working group said in a report to finance ministers gathered in Washington for the IMF and World Bank fall meetings.

The emerging technology, which like other cryptocurrencies is at present mostly unregulated, could also hinder cross-border efforts to deal with money laundering and terror financing, and throw up problems for cyber security, taxation and privacy, the report said.

“The G7 believes that no global stablecoin project should begin operation until the legal, regulatory and oversight challenges and risks” are addressed, said the task force, which is chaired by European Central Bank board member Benoit Coeure.

“Private sector entities that design stablecoin arrangements are expected to address a wide array of legal, regulatory and oversight challenges and risks,” the report added.

The report underscores concern among global policymakers about stablecoins such as Libra, and presents a further headache for Facebook’s project after a chastening week.

Amid sharp regulatory scrutiny, the 21 firms backing Libra pledged on Monday to forge ahead with the project, shrugging off the defection of a quarter of its original members, including payments giants Visa and Mastercard, this month.

Woke mob responds to New York’s ‘Ultimate Karen’ being fired with more bloodthirst — what else?

The latest estimates show that Covid-19 is nowhere near as lethal as early models claimed,…

JK Rowling has surprised fans with the announcement of a brand new children’s book, which…

The Defense Department’s deputy inspector general resigned on Tuesday, more than a month after President…

WHO says the Americas are new epicenter of coronavirus pandemic

The World Health Organization (WHO) considers the Americas the new epicenter of the coronavirus pandemic,…

03:17 Woke mob responds to New York’s ‘Ultimate Karen’ being fired with more bloodthirst — what else?

00:43 Moscow DENIES US general’s claim of ‘Russian mercenary jets in Libya’. Is this AFRICOM’s new ‘worse than ISIS’ moment?

23:39 From Hassan Rouhani, President of the Islamic Iran

22:13 WHO says the Americas are new epicenter of coronavirus pandemic

18:26 Azerbaijan sends letter to UN due to illegal elections in occupied Karabakh

17:55 Hong Kong may introduce “travel bubbles” to prop up industry

16:52 Oleg Kuznetsov: “Azerbaijan is the closest ally of Russia”

16:00 French expert: “Establishment of the Democratic Republic is the greatest revolution in Azerbaijan’s history”

14:52 Travel Agencies Association comments on reports about travels after quarantine

14:39 From Gurbanguly Berdimuhamedov, President of Turkmenistan

14:30 No coronavirus mutations increase its ability to spread: Scientists

14:28 Gas supplies via Yamal-Europe pipeline down to almost zero

14:00 WHO suspends hydroxychloroquine trials for COVID-19

13:57 From Sergio Mattarella, President of the Italian Republic

13:55 From Baghdad Amreyev, Secretary General of the Cooperation Council of Turkic-Speaking States

13:52 Weather forecast for tomorrow in Azerbaijan

13:52 From Mahmoud Abbas, President of the State of Palestine, Chairman of the Executive Committee of the Palestine Liberation Organization

13:00 Kuwaiti livestock ship held off Australia due to Covid-19 outbreak