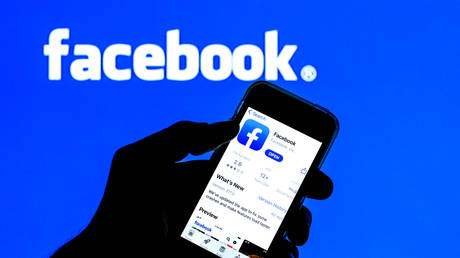 Access to the account was only restored after demand by national media regulator FILE PHOTO. © Global Look Press / Thiago Prudencio

The Facebook page belonging to Russia’s delegation to the security and arms control talks in Vienna was blocked for days without explanation. The diplomats have blasted it as an act of censorship specifically targeting Moscow.

The act of censorship took place last Friday, Konstantin Gavrilov, head of the continent told RT. The diplomats were so surprised by the development that they initially believed it had been some sort of technical error on the US tech giant’s part. “We waited for two days” before reaching out to Facebook and to the Russian Foreign Ministry in a bid to resolve the issue, he said.

The social media service, however, did not clarify the reasons for the ban.

“There was no explanation; nothing from them,” Gavrilov said, adding that he was still wondering what exactly might have triggered the move.

The delegation posted “nothing [that could be considered] prohibited” on its account, where the content included official statements on subjects like security guarantees, the situation in Ukraine, and some other strictly “practical political issues.” It was “very strange” to find out the page had been shut down, he added.

The account was used by the Russian diplomatic delegation to the Negotiations on Military Security and Arms Control in Vienna, held under the auspices of the Organization for Security and Cooperation in Europe (OSCE). Its role was to publish official statements and press briefings by the Russian Foreign Ministry’s officials and Moscow’s mission to the OSCE.