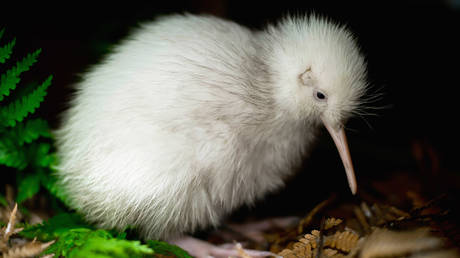 Manukura, the first-ever white kiwi to hatch in captivity, was a wildlife ambassador in New Zealand, and her untimely death is described as “one of the saddest days” by the wildlife center where she lived.

The kiwi, the national bird of New Zealand, are usually brown, but Manukura was born with white plumage thanks to an extremely rare genetic trait carried by both her parents. She was the first of three white kiwis to hatch at Pūkaha National Wildlife Centre in New Zealand during the 2011-2012 breeding seasons. Her younger brother, Mapuna, who is also white, is part of Pūkaha’s captive breeding programme.

During the first year of her life she was thought to be a male, but DNA tests showed that she was in fact female, with the discovery being described as “yet another surprise from this extraordinary bird”.

Read more:   He took on the shooter with credit card machine, saved lives

Manukura was named by a local Maori tribe, who saw her as a sign of new beginnings, with her name meaning ‘of chiefly status.’ White kiwis can exist in the wild but are considered so rare that seeing one in its natural habitat is highly unlikely.

Manukura, who was nine years old, died following an operation to remove an unfertilized egg that she was unable to lay. Her death was announced on Monday on Pūkaha’s Instagram page, with staff saying that she would be sorely missed. (RT)