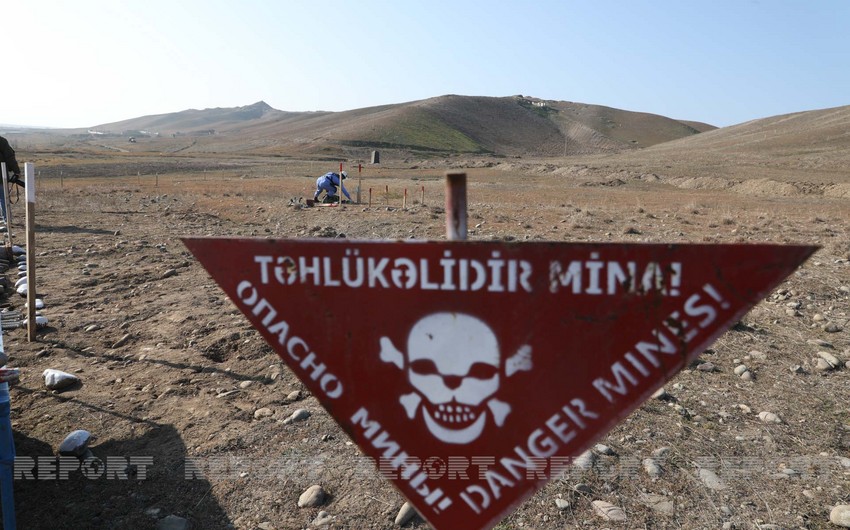 Armenia planted mines left over from the Soviet army on Azerbaijani lands, which it kept under occupation for almost 30 years, and polluted all these territories with them, Azerbaijani military expert Emin Hasanli said in an interview with Report.

Reminding that during the Soviet era, one of the major mine production plants was located in Yerevan, Hasanli noted that according to the maps of minefields transferred to Azerbaijan by this country, 97,000 mines were installed in Aghdam and Fuzuli alone.

The expert said that Yerevan, despite all the agreements, refuses to fulfill its obligations: “The Azerbaijani state allocates significant funds for the demining of territories, in this matter our country is supported by fraternal Turkiye, and the European Union allocated a small financial assistance, for the record. In general, there is no help from international organizations, and the small amounts that they allocate are only for show.”

On September 30, as a result of an anti-tank mine explosion in a part of the village of Yukhari Dilagardi, Fuzuli district, two people were killed and one was injured.

On October 1, two people were seriously injured when anti-personnel mine detonated in an area in the Terter district.