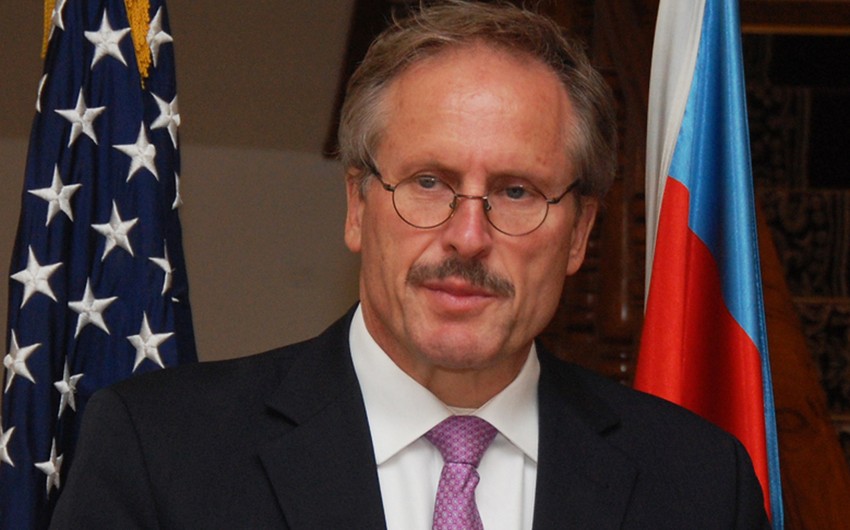 “The ceasefire Russian President Vladimir Putin brokered between the Armenian and Azerbaijani leaders in November 2020 may have stopped full-blown fighting between the two European states, but it has not stopped their militaries from crossing the border into each other’s territory,” Robert Cekuta, a member of the Advisory Board of the Caspian Policy Center and former US ambassador to Azerbaijan, said in an article entitled ” America Can Still Broker an Elusive Armenian-Azerbaijani Peace”, Report informs.

According to him, furthermore, the agreement has not prevented their forces from firing on each other, nor has it alleviated any of the hatreds that grew during the decades Armenian-backed forces occupied Nagorno-Karabakh and neighboring chunks of Azerbaijani territory: “Azerbaijanis point to the nearly complete destruction and depopulation of Aghdam and other towns and cities in the areas Armenians occupied for decades; Armenia recently filed a complaint with the International Court of Justice charging Baku with government-sponsored programs “directed at individuals of Armenian ethnic or national origin” in violation of the International Convention on the Elimination of All Forms of Racial Discrimination.

The former ambassador noted that the ceasefire agreement provided the basis to put Russia’s troops onto Azerbaijani territory and to increase Russia’s presence in Armenia.

“Yet continued hostilities and the lack of progress towards a lasting resolution also serve Russian interests. It is no secret that Russia uses, and even stimulates, conflicts within and between countries on its periphery to try to re-assert control over the states of the old Soviet Union, to discredit the United States, to degrade the rules-based international order, and to enhance its global status. As in Ukraine, Moldova, Georgia, and elsewhere, Russia has used -and continues to use – the conflict between Azerbaijan and Armenia for its own ends.