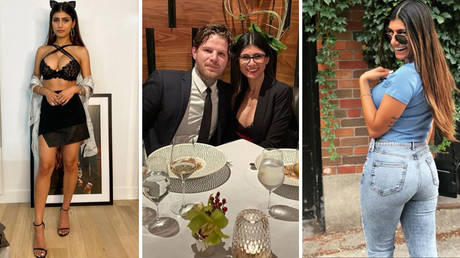 Former adult actress Mia Khalifa has quashed rumors that she is pregnant while simultaneously announcing that she has moved up the date of her wedding by a full year.

The ex-pornstar-cum-online influencer, streamer and commentator has shocked fans (of both her current and former work) by announcing that she has thrust forward the date of her wedding to Swedish chef boyfriend Robert Sandberg by a full twelve months. She took to Twitter to broadcast the update to her 2.9 million followers.

No, I’m not pregnant. I just have to mold our personal life around his career’s timing. https://t.co/CyUjDMom4j

Khalifa and Sandberg initially got engaged in March this year and set their wedding date for some time in 2021.

I’m the luckiest girl in the world 💍 and I said “JA!” Vi är förlovade! ! #StockholmSyndrome#Trapped👰 pic.twitter.com/TZV54kHUay