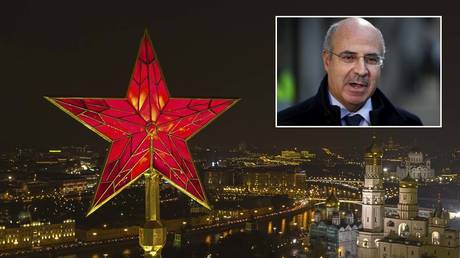 Convicted fraudster Bill Browder, now a prominent anti-Russia agitator in the West, is accusing British bank NatWest of closing his account due to a dastardly “black PR” campaign waged against him by malign actors in Moscow.

Browder’s allegation, reiterated unquestioningly by The Guardian, has emerged via a report issued by opaquely-funded neoconservative think tank the Henry Jackson Society (HJS). The wealthy financier made a fortune in Russia, initially during the wild 1990s. However, like many foreigners and, indeed, locals operating in the country at the time, he found conditions tougher when regulation and oversight was tightened-up in the 2000s. He was found guilty of evading around $40 million in taxes, and accused of siphoning off money to offshore accounts.

In 2005, he was banned from Russia, just a year after he had written supportively about Vladimir Putin’s government in The Moscow Times. After this reversal in fortunes, he quickly turned against the Kremlin and reinvented himself as a vocal opponent of the president he’d once praised. 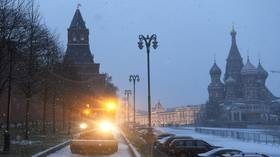 The HJS report warns that ‘black PR,’ an alleged practice said to be somehow exclusive to Russia, is seeping into Britain. It says it is used for discrediting individuals as part of political or business disputes, by creating or obtaining compromising material or by generating fake media reports on a particular individual or organization.

The obvious implication is that never before have falsehoods been disseminated by powerful state and non-state actors in order to damage reputations throughout the country’s long, perfidious history.

Quite how a domestically-directed Black PR campaign in Russia influenced a British bank to close Browder’s account is unclear – the veteran tax evader simply claims NatWest told him “outright” the closure was due to “Russian press reports.” Somewhat ironically, the same bank hit the headlines in 2016 when it shut down RT’s UK accounts, a decision reversed the following year.

Buried at the very bottom of The Guardian’s article is a far more anodyne explanation, offered by a NatWest spokesperson – the termination was said to have been “simply a commercial decision, based on a number of different factors, all of which were considered extensively and with great care.”

“The matter was subsequently revisited and the decision remained, with appropriate notice periods given,” they added.

Watch out, Browder’s about

For over a decade, Browder has told a shocking story of corruption, fraud, and murder at the highest levels of the Russian state – it’s a tale he’s imparted across the world again and again, to journalists, lawmakers, human rights organizations, and more. Overwhelmingly, Browder’s audiences have believed him and, in the process, it’s been related in articles, books, reports and documentaries, and has influenced legislation and prosecutions in numerous countries.

In brief, he claims state officials took over the Russian division of his company, Hermitage Capital Management, to carry out a massive tax scam, reaping $230 million in the process.

According to Browder’s narrative, he set his friend Sergei Magnitsky, a tax adviser he falsely presents as a lawyer, on the case, to determine what had happened – the diligent sleuth uncovered the fraud and, as a result of alerting authorities, Magnitsky was jailed on bogus charges, tortured in prison in an attempt to make him retract his testimony and ultimately beaten to death by guards for his courageous refusal.

Also on rt.com Russia launches new probe into death of Bill Browder’s tax-auditor Sergey Magnitsky after claims he was poisoned in prison

Outrageous stuff indeed, although those who don’t take Browder’s claims at face value and actually attempt to verify any aspect of his lurid narrative quickly find it unravels, as it’s a tangled web of lies, fabrications, distortions, exaggerations, and libel.

Nonetheless, it inexplicably and inexcusably took a decade for a mainstream journalist to conduct serious due-diligence on his assertions. In November 2019, leading German news outlet Der Spiegel published a comprehensive demolition of the fable, savagely indicting Browder’s probity and integrity in the process. In the publication’s own words, the fraudster “has a talent for selling a set of facts so it supports his own version of events.”

It was also the first time a major Western news outlet acknowledged Magnitsky was neither a lawyer nor a whistleblower – he was, in fact, close to an accountant implicated in numerous crooked financial schemes benefitting Browder, who had been questioned and later arrested by police for these activities.

Moreover, Der Spiegel revealed, among other things, how Browder had systematically misrepresented and even concocted evidence in aid of furthering his claim that Magnitsky had been murdered. In an unguarded interview with the magazine, Zoya Svetova, a Moscow-based human-rights activist who’d investigated Magnitsky’s death in 2009, said there was no indication the accountant had even been specifically targeted for maltreatment.

“What sense would it make to murder him? Magnitsky did not reveal any secret. They wanted testimonies against Browder. That was the motivation. He should have accused Browder of not paying taxes. Magnitsky was a hostage. He himself was of no interest to them. They wanted Browder,” she said.

In response, Browder lodged a complaint with the German Press Council, accusing Der Spiegel of serious factual misrepresentation and defamation. In May 2020, the council rejected each and every one of his grievances in detail. 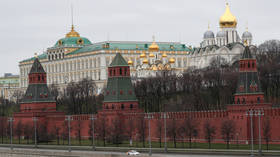 The landmark article followed a similarly damning ruling in August by the European Court of Human Rights in the Magnitsky case. While it ordered the Russian state to pay his relatives $37,500 due to a failure to protect Magnitsky’s life and health, having identified shortcomings in the medical treatment he was provided in prison, no mention of murder, or even unlawful killing, was made in the judgment.

Conversely, the court comprehensively dismantled suggestions Magnitsky had been a whistleblower, rejecting claims his arrest and subsequent detention were “manifestly ill-founded.”

“The Court reiterated the general principles on arbitrary detention, which could arise if authorities had complied with the letter of the law but acted with bad faith or deception. It found no such elements in this case,” the judgment states, “The decision to arrest him had only been made after investigators learned he’d previously applied for a UK visa, booked tickets to Kiev, and hadn’t been residing at his registered address. Furthermore, the evidence against him, including witness testimony, had been enough to satisfy an objective observer that he might have committed the offence in question. The list of reasons given by the domestic court to justify his subsequent detention had been specific and sufficiently detailed.”

The judgment, ignored entirely by the mainstream media, was nonetheless hailed by Browder as a “resounding victory.” It wasn’t the first time the financier, who renounced his US citizenship in order to not pay taxes in his home country, completely inverted the substance of a court ruling for his own purposes. In 2012, Russian tax investigator Pavel Karpov, who, Browder alleged, orchestrated the $23- million tax fraud and played a pivotal role in Magnitsky’s arrest, imprisonment and death, sued his accuser for defamation in London.

The presiding judge ruled British courts had no jurisdiction over the matter as Karpov wasn’t a British citizen and had no reputation in the country which could be damaged by Browder’s allegations. However, the verdict also made clear the billionaire had “not come close to pleading facts which, if proved, would justify the sting of the libel,” and Karpov had received “a measure of vindication” as a result.

While acknowledging that only a court order, which wasn’t granted, could prevent a repetition of Browder’s libel, the judge keenly emphasized that if he continued to publish “unjustified defamatory material” about Karpov, the court wouldn’t necessarily be powerless to act. Browder still claimed the judgment was a vindication of his allegations, and various media outlets framed it as a humiliating defeat for the claimant.

In light of so much readily available information that detonates Browder’s narrative, it’s an enduring mystery how journalists continue to be so comprehensively hoodwinked, although it can at least be partially explained by the sizeable chunk of his immense personal fortune he invests in a vast media operation, cultivating journalists and employing an army of public-relations professionals to pump out endless coverage promoting him and his story.