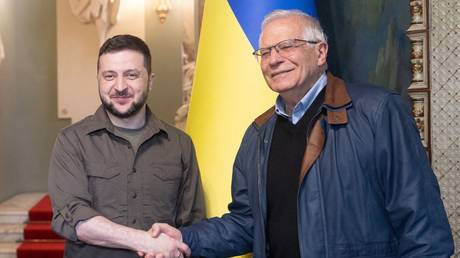 Helping Ukraine in its fight against Russia comes at a price for Europe, which citizens should be willing to pay, the EU’s foreign policy chief has said. A Russian victory would be Europe’s loss, Josep Borrell believes.

“We must explain to our citizens that this is not someone else’s war,” the diplomat said in an interview published by newspaper El Pais on Thursday. “The public must be willing to pay the price of supporting Ukraine and for preserving the unity of the EU.

“We are at war. These things are not free,” he added, acknowledging that the cost should be distributed “equitably.” (RT)