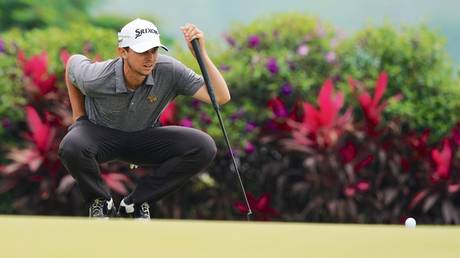 American golfer John Catlin, along with his caddie, have been dismissed from the European Tour and kicked out of the English Championship after the pair breached their quarantine bubble to have dinner at a restaurant.

The 29-year-old was disqualified from the competition after he was found to have been in direct violation of rules designed to protect players and staff from the risk of contracting COVID-19.

Much like the approach of various sports, such as the NBA, the Tour arranged a “biosecure ring,” commonly referred to as a “bubble,” in order to safeguard the competition from contracting the virus with players’ movements restricted to the golf course at Hanbury Manor and their affiliated hotel.

However, Catlin opted to bypass the regulations by leaving the bubble to have a meal in a nearby restaurant with his caddie, and was subsequently banished form the Tour as soon as organizers became aware. (RT)