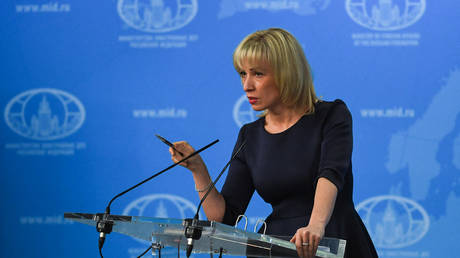 European policymakers are to blame for the continent’s energy crisis, Russian Foreign Ministry spokeswoman Maria Zakharova said on Saturday. But they have yet to sell the idea to their constituents that their economic woes are necessary, she said.

Speaking to Russian news channel TV Center, Zakharova claimed European leaders have “pushed Europe, in particular the European Union, towards a global energy collapse.” According to her, they still need to convince their citizens that the crisis “is not just good and right, but is in their own interests.”

“It’s a democracy test,” she added.

Zakharova went on to say that European countries “did a good job” in the energy sphere – especially dealing with the blasts that ruptured the Nord Stream 1 and 2 pipelines in late September. “We are talking about the Baltic Sea, an area that is controlled by NATO countries… this is their area of responsibility,” she noted. 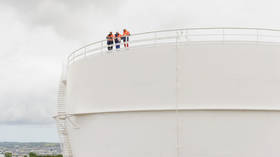 Western countries declared the blasts acts of sabotage. However, they refrained from jumping to conclusions or pointing fingers – a practice they do not follow if there is “an order to accuse Russia,” Zakharova said.

The pipelines were built to deliver Russian natural gas directly to Germany, but lost pressure abruptly on September 26, following a series of underwater explosions off Bornholm Island, located within the economic zones of Denmark and Sweden. Moscow has repeatedly stated that it had nothing to do with the incident.

Last month, the Russian Defense Ministry accused the British Navy of taking part in “a terrorist attack” which destroyed the pipelines. The UK has denied the accusation.

Moscow also claimed that the US benefited the most from the disruption, since it undercut the EU’s ability to receive natural gas supplies from Russia.

The Nord Stream incident only added to Europe’s energy woes, which started to take shape after Western countries imposed unprecedented sanctions on Moscow over its military operation in Ukraine. The restrictions caused major disruptions to energy deliveries, triggering protests in a number of EU countries against skyrocketing energy prices and surging costs of living in recent months.

Zakharova said last week that the EU has completely embraced the idea of isolating Russia, which will “only impose costs on EU countries and their citizens who are forced to pay out of their own pockets” for their leaders’ mistakes. (RT)