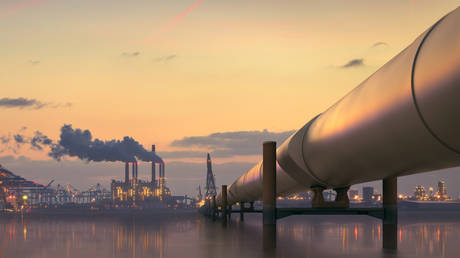 Deliveries of Israeli natural gas via Turkey to Europe are being considered as an alternative to Russian energy supply, Turkish newspaper Yeni Şafak reported on Monday.

“Israeli gas is considered as an option, its route is planned via Turkey, through the Eastern Mediterranean,” the paper reported, adding that, in case of such an agreement, “it is expected that the Turkish ship will be on duty during transmission periods.”

The report also highlighted that “focusing on deep-water drilling for the extraction of oil and natural gas from the seas, Turkey has included a fourth drilling vessel in its fleet.”

The new drilling ship, which left South Korea on March 7, is expected to arrive in Turkey on May 19. “A new generation ship that will serve in the Eastern Mediterranean, will begin its first mission in July after two months of preparatory work, it will facilitate deep-sea exploration and dredging in the Mediterranean,” the newspaper said. (RT)