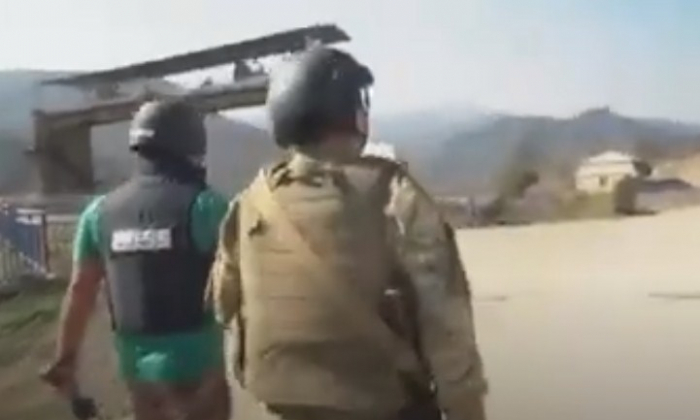 Azerbaijan strongly condemns the attack by the Armenian armed forces with Kornet-type anti-tank missile on Euronews film crew, which is carrying out professional journalistic activities in Azerbaijan’s Talish and Sugovushan villages liberated from occupation, said Hikmet Hajiyev, Assistant to the President of Azerbaijan, Head of Foreign Policy Affairs Department of the Presidential Administration.

Hajiyev regarded Armenia’s attack as an aggression against freedom of speech and professional journalism.

“Fortunately, the missile dodged the target, and the film crew was not hurt. The vehicle was damaged,” he said.

The presidential aide noted that the attack with the use of an anti-tank guided missile on a vehicle with the Euronews distinctive sign from a long distance is purposeful.

The presidential aide noted that the long-range attack with the use of an anti-tank guided missile on a vehicle with the Euronews logo was targeted and purposeful.

Read more:   Bangladesh: 30 journos attacked in Dhaka ahead of polls

“The Euronews report clearly shows that the rocket passed close to a moving vehicle (https://vimeo.com/472347741),” he said.

Hajiyev reminded that earlier, representatives of the Azerbaijani media were also fired upon by Armenia’s armed forces, there were wounded among the journalists, and the vehicles of the film crews were damaged.