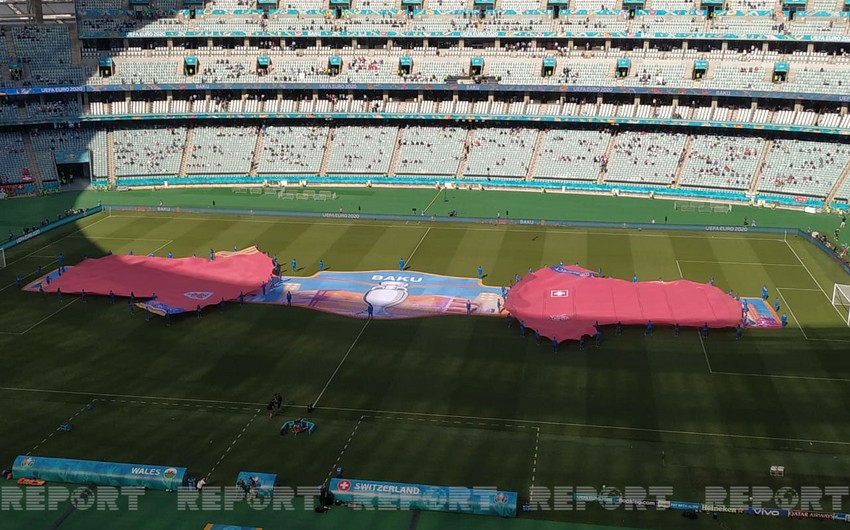 An opening ceremony of the Group A match between Wales and Switzerland at the European Championship was held at Baku Olympic Stadium.

Report informs that a large banner was first unfurled in the center of the square, and the official anthem of EURO 2020 was played.

Later on, huge uniforms of both teams were presented.