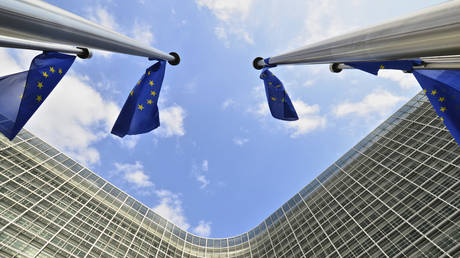 EU leaders will meet Friday evening to try to once again reach an agreement on setting a price ceiling for Russian crude oil shipped by sea, sources told Bloomberg.

The bloc’s members have previously failed to score a deal designed to cut Moscow’s oil revenues. The deadlock persists as EU states have been split over how low the maximum price should be.

Several nations, including Poland and the Baltic States, oppose the European Commission’s proposal to set a $65 to $70 per barrel limit, claiming it is “too generous.” While Poland is proposing a $30 cap, member states with major shipping industries like Greece and Malta insist the ceiling should not be below $70.

Read more:   US Navy insists destroyer was on 'routine' mission after Russia summons military attache over Sea of Japan incident

According to anonymous sources cited by the agency, diplomats are optimistic they can finalize the deal on Friday. Brussels is under pressure since EU sanctions on Russian oil are scheduled to come into force on December 5.

The possibility of a regular price review has reportedly been floated as a potential compromise during the talks. 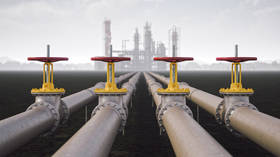 If approved, the measure would be implemented together with the Group of Seven nations, and would ban Western companies from providing insurance, brokerage or financial assistance to ships transporting Russian crude, unless the cargo is purchased below an agreed price. It is hoped the ceiling would allow Russian production to remain at pre-sanctions levels, avoiding turmoil in global oil markets.

Read more:   World War Three is off – why NATO can't afford to have Russia as its main enemy

The levels under discussion have been criticized by some strategists, who say that Russia has been selling its oil at steep discounts after European buyers opted to shun the deliveries from the sanction-hit nation. That means the potential price cap at a higher level would in fact allow business as usual for Moscow.

Russia has threatened to stop exporting oil to countries that support the price cap. That could drive global oil prices higher, as the country is the world’s second largest exporter.