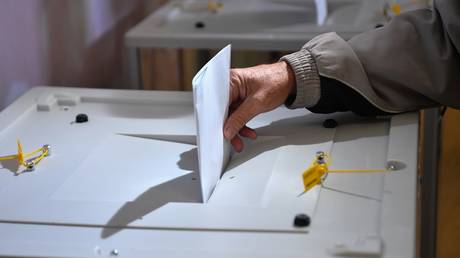 A man casts his ballot during the referendum on the joining Russia in Melitopol, Zaporozhye region. ©  Sputnik

The EU will slap sanctions on anyone involved in referendums on joining Russia in the Donbass republics, as well as in Zaporozhye and Kherson regions, according to Peter Stano, a spokesman for the bloc’s foreign policy chief Josep Borrell.

“There would be consequences for all people, who participate in the illegal, illegitimate referendums,” Stano warned on Tuesday, the fifth and final day of voting.

Stano did not rule out the possibility of foreign observers, including EU citizens, also facing restrictions over any support they have given to the process. He said it would be up to member states to decide who falls under the sanctions regime.

Read more:   Lionel Messi has made the RIGHT decision to quit Barcelona – now the club must avoid giving him an ugly exit

Another high-ranking EU foreign policy official, Luc Devigne, also told European lawmakers on Tuesday that individuals who are “obviously linked” to the referendums would be targeted in the next sanctions package.

Residents of France, the Czech Republic, the Netherlands, Brazil and other countries have reportedly arrived to monitor voting in the Donetsk (DPR) and Lugansk People’s Republics (LPR), and the regions of Zaporozhye and Kherson, which are mostly controlled by Russian forces. 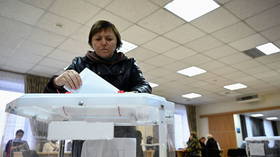 Ukraine and its Western backers have labeled the referendums a “sham,” vowing that they won’t recognize their results regardless of the outcome. The polls in the plebiscite closed at 4pm local time (1pm GMT) on Tuesday. The head of the LPR, Leonid Pasechnik, said preliminary results would be ready by this evening.

Russia sent its troops into Ukraine on February 24, citing Kiev’s failure to implement the Minsk agreements, designed to give the regions of Donetsk and Lugansk special status within the Ukrainian state. The protocols, brokered by Germany and France, were first signed in 2014. Former Ukrainian president Pyotr Poroshenko has since admitted that Kiev’s main goal was to use the ceasefire to buy time and “create powerful armed forces.”