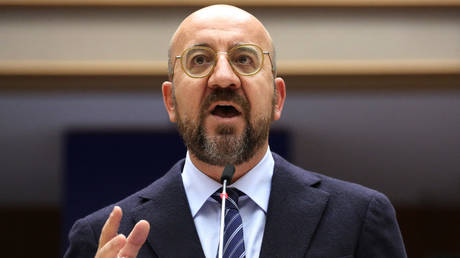 The impact of the conflict between Russia and Ukraine is harsher on the EU than on the US, European Council President Charles Michel has said.

According to Michel, security ties between Brussels and Washington have strengthened since the outbreak of the Russia-Ukraine conflict, in which the West is backing Kiev. “There’s unprecedented coordination on the war in Ukraine,” he said in an interview with Italian newspaper Corriere della Sera on Saturday.

But apparently the same can’t be said about economic cooperation, with the European Council head pointing out that “the impact of the conflict on the US is not the same as on Europe.”

Things are easier for America because it is an exporter of energy resources and benefits from spiking gas and oil prices, while the EU “has to pay a heavy price,” he said. “We’re at risk of an economic recession,” the bloc’s chief added. 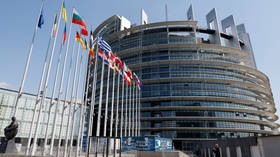 EU believes US is profiting from Ukraine conflict – Politico

The European Council president was also asked if he felt “betrayed” by the Inflation Reduction Act, passed by the administration of President Joe Biden, which offers huge subsidies and tax breaks to green businesses. Fears have been expressed in Brussels that the scheme could end up luring European businesses to America due to much lower energy prices there.

“I wouldn’t use this term, but I would’ve preferred another behavior” from Washington, Michel replied. “But let’s not be naïve, the US – even under the current administration – prioritizes its own economic interests.”

Reciprocity and having a level playing field are “essential for globalization to work,” he said, expressing hope the EU will be able to engage with the US in the coming weeks to discuss mutual cooperation.

A report by Politico in late November claimed that Brussels was angry at the Biden administration for capitalizing on the fighting in Ukraine. The US is profiting from the conflict the most as “they are selling more gas and at higher prices, and because they are selling more weapons,” one senior EU official told the outlet. (RT)