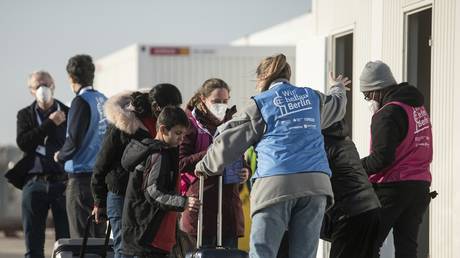 FILE PHOTO: Refugees from Ukraine arrive at an arrival center on the tarmac of the former Tegel airport in Berlin, March 20, 2022 ©  AP / Steffi Loos

German and Polish politicians have pointed out cases of social benefits system abuse FILE PHOTO: Refugees from Ukraine arrive at an arrival center on the tarmac of the former Tegel airport in Berlin, March 20, 2022 © AP / Steffi Loos

German opposition leader Friedrich Merz found himself under fire on Tuesday for pointing out that some Ukrainians who sought shelter in his country keep going home and back while accepting welfare benefits. Though Merz has apologized, the mayor of Przemysl in Poland – who said much the same thing on Monday – has not.

His comments drew a flurry of condemnations from the ruling coalition, according to state broadcaster Deutsche Welle. Interior Minister Nancy Faeser of the Social Democratic Party accused Merz of using “Ukrainian women and children” to make a political point, while the parliamentary leader of the Free Democrats Christian Duerr said Merz’s words were “absolutely out of place.” 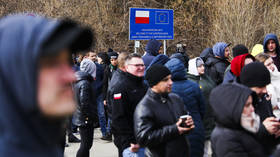 Faced with such an onslaught, Merz backed down. “I regret the use of the word ‘welfare tourism’. That was an inaccurate description of a problem observed in individual cases,” he tweeted on Tuesday. “Far be it from me to criticize refugees from Ukraine, who are facing a hard fate.”

While Germany has taken in almost a million refugees from Ukraine, Poland is dealing with more than four times that number. Wojciech Bakun is the mayor of Przemysl, a city of some 60,000 right on the Ukrainian border. On Monday, he told local media that some Ukrainian refugees were engaged in an “organized system of extorting social benefits,” according to the outlet Kresy. 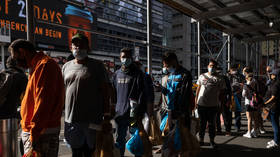 “It is impossible not to notice the organized transports of women with children, who have cards with written instructions on the procedures they have to undergo in order to receive material and financial assistance,” Bakun said, describing how they line up outside the government offices every day to get benefits, “then, in an organized transport, they return to Ukraine.”

Many Ukrainian refugees also leave Poland for almost 30 days but then return before that deadline in order to keep their status, Kresy claimed.

Poland has no instruments to prevent this behavior, Bakun complained, and wondered why Warsaw hasn’t yet noticed the problem of “draining the Polish social assistance system.” (RT)