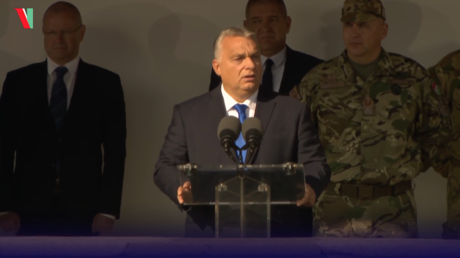 Prime Minister Viktor Orban said that Hungary needs an army “capable of striking and ensuring peace” in case the continent plunges into chaos over the ongoing conflict in Ukraine and the European Union’s failed policies towards Russia.

“We cannot, like ostriches, bury our heads in the sand. We must accept the reality: if this continues, the economy of the continent will collapse, people will be in danger, and it seems that we must prepare for a protracted war,” Orban said on Saturday in Budapest, at a swearing-in ceremony of military volunteers.

The Hungarian leader noted that “there are nations that have already begun making preparations and we can’t fall behind in this either,” as cited by the Budapest Times.

“In times of war, we need an army capable of striking and capable of ensuring peace!” he told a group of some 250 young recruits, praising them as the “excellence of our nation.” He added that Hungary needs “a few more” such battalions and announced new recruitment campaigns to be launched from December. 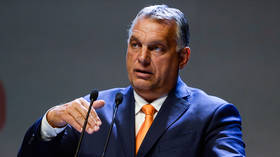 Hungary, which is heavily dependent on Russian energy, has maintained a relatively neutral stance during the conflict in Ukraine, condemning the use of force by Moscow, but refusing to supply weapons to Kiev.

Orban has frequently criticized the EU’s sanctions on Russia, calling them counterproductive. Over the past months, he has repeatedly called for “the failed policy of Brussels” to be changed, noting that the sanctions “didn’t fulfill the hopes that were pinned on them,” while Europe is “slowly bleeding.”

Read more:   What to do when you feel uninspired at work

Back in March, Orban said that he felt he couldn’t count on the US-led military bloc when it comes to real action concerning the country’s security, saying “anyone who thinks NATO will protect us is wrong.” (RT)