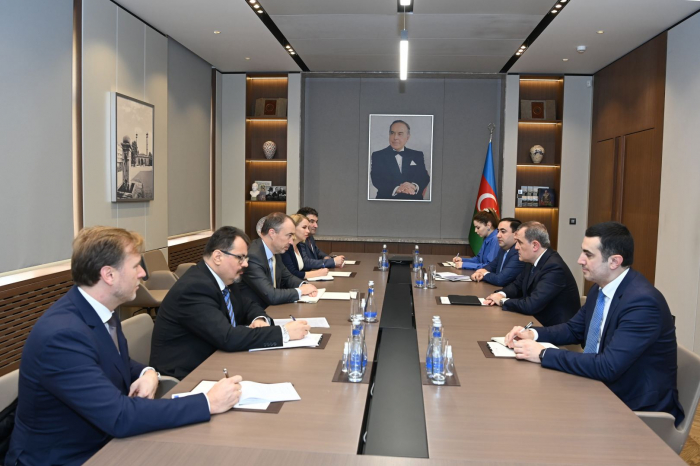 The meeting between Minister of Foreign Affairs of Azerbaijan Jeyhun Bayramov and EU Special Representative for the South Caucasus and the Crisis in Georgia Toivo Klaar took place on November 26, the ministry told reporters.

Bayramov informed Klaar on the peace treaty clauses, based on five basic principles presented by Azerbaijan, and the discussions held in Washington over the comments of the Armenian side. He also noted that Armenia continues military activities against Azerbaijan infringing upon the trilateral statement, as well as briefed on the mine threat and a discovery of Armenia-made (2021) landmines in Azerbaijan’s territory.

The minister emphasized the importance of fulfilling the obligations on the mutual opening of regional communications and outlined Armenia’s failure to implement them. Meantime, he presented Azerbaijan’s approach to the reintegration of the Armenians living in Karabakh.

Toivo Klaar announced the EU intention to continue peace efforts in the region and open transport routes. He stressed the importance of the normalization process and result-oriented negotiations between Azerbaijan and Armenia.

During the meeting, the officials exchanged views on Azerbaijan-EU ties.