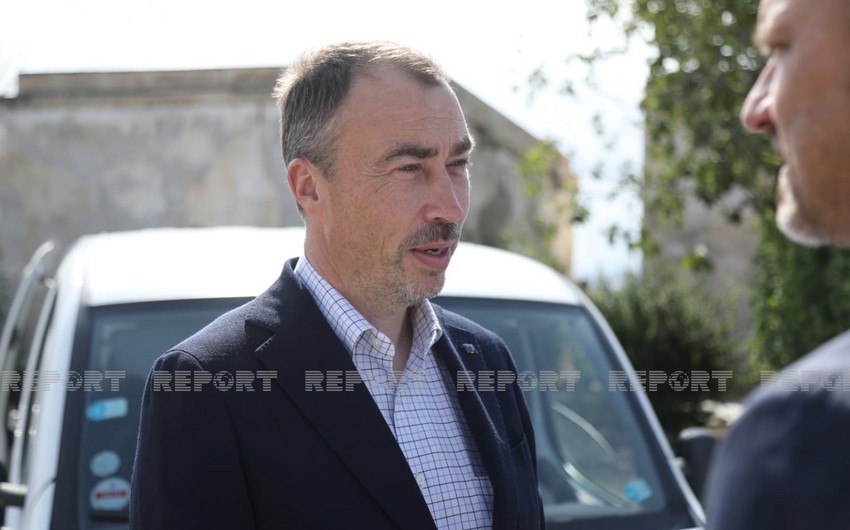 The EU is ready to continue working with Azerbaijan and Armenia to overcome the bitter consequences of the war, EU Special Representative for the South Caucasus and the crisis in Georgia Toivo Klaar told journalists in Aghdam district, Report informs.

“War is a horrible thing and I think that is also what we have heard here today with your presidential representative. We all have to remember that war is a horrible thing. But we have to look to the future and we have to build a better future. That is what we learned in Europe and the European Union is an example of doing precisely that,” Klaar said.

“Thirty years of bitter conflict have left very bitter scars and in Europe we had churches destroyed, we had graveyards destroyed, we had monuments destroyed. These are bitter memories but we, our leaders, after the second world war decided that we simply have to look forward, we have to rebuild a better Europe, a different kind of Europe, and I think that is a kind of experience, an example that we hope to also to be able to provide here,” he noted.

“This reminds me of the devastation that I’ve seen on pictures from the first world war, from the second world war, we have pictures from Belgium where we have only a church left standing and everything else is destroyed. This is a very bitter experience that we, Europeans, have had over two great wars where we understood that after the second world war, we had to find a different way, we have to try to live together. And the bitter memories of fighting, the bitter memories of destruction will always be there but the important thing is that our leaders after the second world war felt that we have to also find a new way and we have to try to live together and to move forward,” he said.