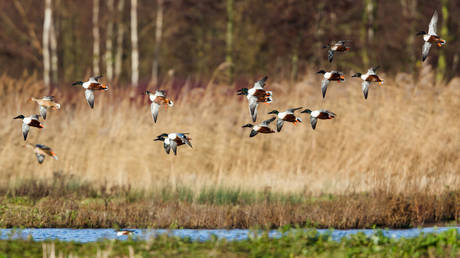 EU nations are experiencing the largest detected epidemic of avian influenza (HPAI), a more dangerous variant of bird flu, a watchdog has warned on Monday.

The statement by the EU’s Food Safety Agency (EFSA) drew the public’s attention to a paper on influenza, which was published by the European Centre for Disease Prevention and Control (ECDC).

The scientists reported “an unprecedentedly high level of HPAI virus detections in wild birds between June and August 2022.” Breeding colonies of seabirds along the coast of the Atlantic Ocean were hit particularly hard, with high mortality rates observed.

Outbreaks among poultry from June to September affected five times the number of premises, compared to the same period in 2021, the study said. Over this period, 1.9 million farm birds were culled, with the Netherlands and Germany accounting for 70% of the animals killed, according to the study. Over the entire 2021-2022 period of the epidemic, 47.7 million birds were culled, it added.

“With cases detected in poultry and wild birds up to September, the current epidemic is clearly still ongoing. As autumn migration begins and the number of wild birds wintering in Europe increases, they are likely at higher risk of HPAI infection than previous years due to the observed persistence of the virus in Europe”, EFSA official Guilhem de Seze, who heads its department tasked with risk assessment, said. 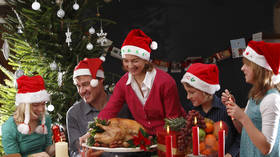 The EU body called the geographic spread of the infection during the ongoing epidemiological season “unprecedented” in scale. The virus reached as far north as the Svalbard islands, as far east as Ukraine and as far south as southern Portugal, according to researchers.

In autumn 2021, the HPAI A(H5N1) strain also crossed the Atlantic in migrating birds and caused a severe outbreak among poultry in Canada and the US, the agency added.

Read more:   Turkish expert: "Turkey and Azerbaijan will have their say in the region"

Influenza epidemics in animals can have a serious economic impact on farming and may pose a threat to public health, since some variants of the virus can be transmitted to humans. The ECDC said that since its last report a total of five human infections with bird flu have been reported in China.

The health agency assessed the risk posed by the virus to the European public as low for the general population and low to medium for people regularly exposed to birds, like farm workers. (RT)