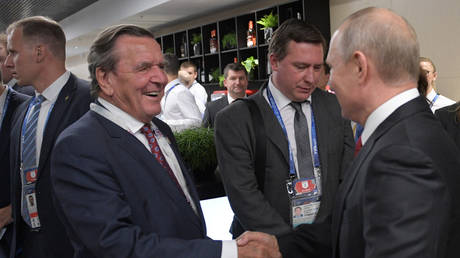 European politicians still holding ties to Russian businesses, such as Germany’s former Chancellor Gerhard Schroeder and Austria’s ex-Foreign Minister Karin Kneissl, should be added to the EU sanctions list, a broad coalition within the European Parliament demands, the German Die Welt daily reported on Wednesday, citing a draft resolution it obtained. According to the document, any former top European official who refuses to sever ties with Russian businesses or continues to receive funding from Russia should be blacklisted.

The coalition of MEPs that includes the conservative European People’s Party (EPP), the Progressive Alliance of Socialists and Democrats (S&D), as well as the Liberal group Renew Europe and the Greens, has called on the EU Council to “extend” the EU personal sanctions list “to include European board members of large Russian companies and politicians, who continue to receive Russian funding.” So far, the blacklist has only included Russian officials and “oligarchs” the EU deems to be close to the Kremlin. 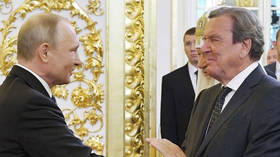 The draft resolution, which is to be discussed at the EU parliament on Thursday, is “a real signal from Europe. Former chancellors must continue to consider the well-being of their state after their time,” Stefan Berger, a German MEP from the EPP, told Die Welt.
The four alliances agreed on the draft following “lengthy debates,” according to Die Welt. Together, they comprise 70% of all MEPs, meaning the draft resolution is likely to be passed on Thursday.

Initially, only Schroeder’s name was put in the draft, Die Welt reported. The former German chancellor is the head of Russian oil giant Rosneft’s supervisory board. He refused to resign from this position after Russia started its military operation in Ukraine, an event that prompted some former European officials to leave their positions with Russian companies.

The S&D group, which includes Schroeder’s Social Democratic Party of Germany, did not oppose the move but instead pointed to other European politicians who also kept their positions in Russia even after the military action in Ukraine got underway. (RT)