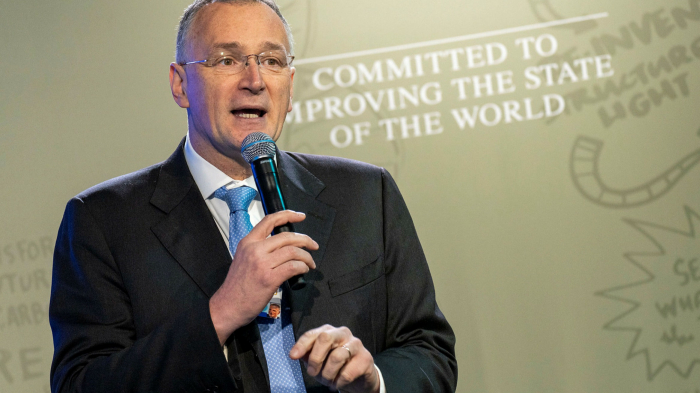 The EU’s top scientist has resigned and criticised the bloc’s response to the Covid-19 pandemic.

Professor Mauro Ferrari, president of the European Research Council (ERC), said he was “extremely disappointed by the European response to Covid-19”.

The professor had only been in his post at the helm of the EU’s main scientific body since 1 January, and had been due to serve a four-year term.

“I arrived at the ERC a fervent supporter of the EU [but] the Covid-19 crisis completely changed my views, though the ideals of international collaboration I continue to support with enthusiasm,” he said in a statement.

The chief scientist had tried and failed to convince the ERC to set up a special programme to fight the coronavirus pandemic, but the proposal was unanimously rejected by its governing body.

The ERC Scientific Council said it only backed proposals submitted by scientists and was not in the business of setting up “top-down” programmes with objective set by the European Commission.

“I argued that this was not the time for scientific governance to worry excessively about the subtleties of the distinctions between bottom-up versus top-down research,” Professor Ferrari said in his statement released to the Financial Times.

He also recounted how “the very fact” that he had worked closely with the European Commission president Ursula von der Leyen “created an internal political thunderstorm”.

In his resignation statement the chief scientist also criticised “the complete absence of coordination of healthcare policies among member states, the recurrent opposition to cohesive financial support initiatives, the pervasive one-sided border closures”.

The European Commission spokesperson thanked the research chief for his work and said Brussels regretted his resignation. The spokesperson said 50 ongoing or completed ERC projects were contributing to the bloc’s response to the coronavirus outbreak.

“Some member states are beginning to look towards the first steps in terms of moving away from the measures in the weeks to come. We feel it is very important this is done in a coordinated fashion,” he said.

“We intend to work with other member states to ensure that these strategies are put in place in a coordinated, consistent and global fashion.”