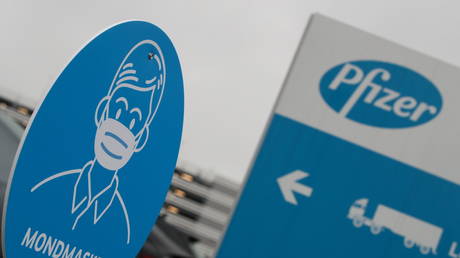 A logo of Pfizer is seen at the entrance to the Pfizer factory in Puurs, Belgium (FILE PHOTO) © REUTERS/Yves Herman

The European Union has said further contact is needed with Pfizer after it was reported that the pharmaceutical giant will be reducing deliveries for the second week running as the company upgrades its manufacturing plant.

“We will seek clarification from the company,” an EU spokesman told a press conference on Friday when asked about Pfizer’s reported slowdown in vaccine supply next week.

The pharmaceutical giant has already come under fire this week after it announced last Friday that it would not be able to supply the expected doses for the forthcoming week.

The German government has expressed its disappointment over Pfizer’s late notice, but other nations including Italy and Poland have said they will take legal action against the vaccine provider. (RT)