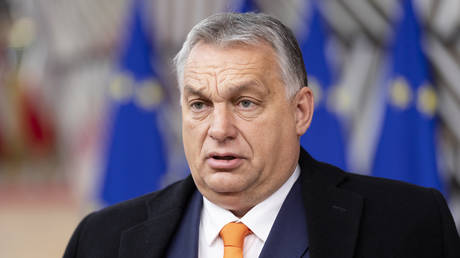 Sanctions imposed by the European Union on Russia over its military offensive in Ukraine have “backfired,” according to Hungarian Prime Minister Viktor Orban, who pointed out that skyrocketing energy prices in Europe were the result of the restrictions.

Speaking to parliament on Monday, the Hungarian leader warned that people should prepare for a “prolonged war” in Ukraine. He also stated that the EU’s response to the conflict was the reason governments across Europe have started falling, referring to Sunday’s elections in Italy where right-wing candidates were expected to take control of the government.

“We can safely say that as a result of the sanctions, European people have become poorer, while Russia has not fallen to its knees,” said Orban, whose country, like many in the EU, currently faces surging inflation, plunging consumer confidence and a possible recession. “This weapon has backfired, with the sanctions Europe has shot itself in the foot.”

During a meeting with MPs last week, the Hungarian leader reportedly instructed the country’s ruling coalition to work hard to have the EU’s anti-Russian sanctions scrapped by the end of the year, claiming the move would immediately result in gas prices being cut in half, in turn bringing down inflation, Magyar Nemzet daily reported. 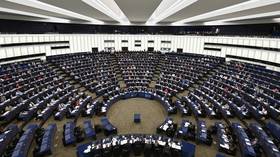 EU brands its own member state an ‘autocracy’

Orban, who was re-elected for a fourth term in a landslide victory in April, has been an outspoken critic of the EU leadership and has accused Brussels of causing unnecessary hardships for member states in its efforts to punish Russia for launching a military offensive against Ukraine.

Read more:   The Ebola treatment that may work against coronavirus

The European Parliament voted earlier this month to no longer consider Hungary a “democracy” and has branded the country an “electoral autocracy,” accusing Orban of failing to follow the EU’s stance on immigration and sanctions. The Parliament’s report on Hungary’s political system has urged the European Commission to make “full use of the tools available” to force Budapest back in line with “European values.”

Hungary slammed the report as being based on “subjective opinions and politically biased statements,” and claimed it was “yet another attempt by the federalist European political parties to attack Hungary and its Christian-democratic, conservative government.” (RT)