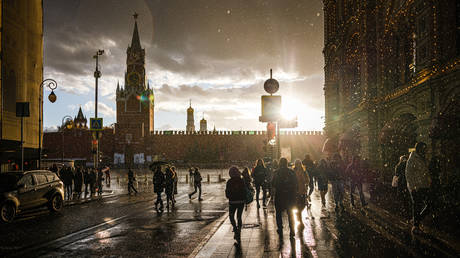 EU sanctions are aimed at plunging the Russian economy into a recession for years to come and depriving the country of crucial technologies, European Commission President Ursula von der Leyen said in an address to the World Economic Forum (WEF) in Davos on Tuesday.

The European bloc has imposed nine rounds of sanctions against Russia since the beginning of the conflict in Ukraine, targeting many sectors of the economy, including energy, high-tech, aviation, banking, mining, automotive and other industries.

“We have put in place the strongest sanctions ever, which leave the Russian economy facing a decade of regression and its industry starved of any modern and critical technologies,” von der Leyen said.

The latest restrictions came into force in December and include new export controls and restrictions on dual-use goods and technology, along with products and technology that could be used in the defense and security sectors. The measures target key chemicals, nerve agents, night-vision and radio-navigation equipment, as well as electronics and IT components.

Brussels is now working on the next batch of penalties, which will reportedly target Russia’s nuclear industry and diamond trade. Other penalties which the EU is rushing to symbolically implement by February 24 include cutting more Russian banks off from the SWIFT global messaging system and banning more of the country’s media outlets.

Meanwhile, Russian President Vladimir Putin said on Tuesday that the country’s economy is performing “much better than what not only our opponents but even we ourselves predicted” and is on course for further stabilization.