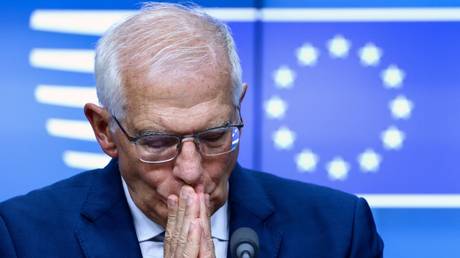 The conflict in Ukraine has revealed numerous shortfalls in the bloc’s security, Josep Borrell says European Commission vice-president in charge for High-Representative of the Union for Foreign Policy and Security Policy Josep Borrell © AFP / Kenzo Tribouillard

The EU needs to take more responsibility for its security and compensate for the shortfalls that have been underlined by the conflict between Russia and Ukraine, the bloc’s foreign affairs chief, Josep Borell has said.

“The most obvious example” of such shortfalls are “the depleted stockpiles resulting from the military support we provided to Ukraine” Borrell wrote in his blog on Sunday.

But there were many others “inherited from past budget cuts and underinvestment,” he added.

The events in Ukraine have resulted in “a tectonic shift of the European security landscape,” the diplomat insisted. “Now it is clear that Europe is in danger.”

In such circumstances, “the EU needs to take on more responsibility for its own security,” which would require creating “modern and interoperable European armed forces, looking at the higher-end of the spectrum and also striving to scale up capabilities and forces,” he pointed out. 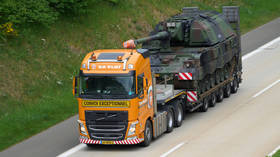 Investments in the military must be coordinated among the EU member states as unilateral moves by countries could become “a waste of money, with the risk of multiplying existing loopholes and needless duplications,” Borrell warned.

The diplomat named three main lines of action that should eventually allow the bloc to eradicate the current gaps in its defense.

They include working on the combat readiness of their forces and stockpile replenishment, the modernization of air defenses, cyber and space-based capabilities and to jointly develop future key capabilities such as main battle tanks.