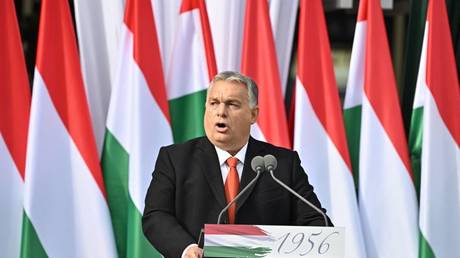 EU finance ministers have postponed a vote on borrowing $18 billion for Ukraine due to an unresolved dispute with Hungary. Budapest is against taking on debt to bail out Kiev, but EU officials have accused Prime Minister Viktor Orban of holding up the vote to pressure the bloc into unfreezing its funds.

The decision to delay the vote was reported by Euronews, with Bloomberg stating shortly afterwards that the ministers had also agreed to push back a vote on freezing $7.9 billion in EU funding for Hungary.

Prime Minister Viktor Orban opposed the $18 billion deal for Ukraine since it was announced last month. It would see the EU borrow the money on global markets and Ukraine repay the sum over 35 years, with the bloc covering the interest.

Read more:   'Kinda rusty' Naomi Osaka lauded by US Open as she teases return... months after bosses made ban threat

“We are not in favor of this because we do not want the European Union to become a community of indebted states,” Orban declared on Friday. Orban proposed that individual member nations draw from their own coffers to help Ukraine, suggesting that Hungary could spare around $160 million. 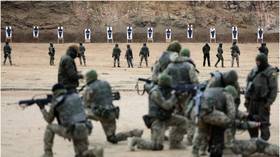 While Orban has opposed the plan from the outset, some EU officials suspect that he is attempting to pressure Brussels into dropping its plans to freeze a $7.9 billion funding package for Hungary, the Associated Press and Reuters reported. The European Commission recommended last week that this package, as well as another $6 billion in Covid recovery grants, be frozen due to allegations of corruption and Budapest’s failure to comply with EU rule-of-law reforms.

Although Hungary can veto the $18 billion for Ukraine, the EU’s 27 finance ministers can freeze Budapest’s funds with a majority vote.

Hungary has denied linking these measures, with Finance Minister Mihaly Varga telling Hungarian media that the two votes are “only connected in [the European Commission’s] heads,” and that Brussels wants to “blackmail” Hungary using the threat of freezing its money. (RT)