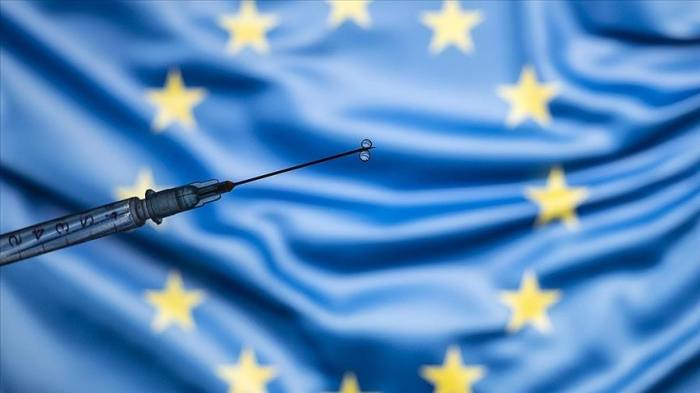 The EU decided Thursday to postpone the issuing of vaccination certificates to people immunized against COVID-19 and opted to strongly deter all unnecessary travel within the bloc and with third countries to curb the spread of the virus.

Leaders of the EU met via videoconference to discuss the novel coronavirus pandemic and vaccination efforts in member states.

At a press conference following the meeting, European Council President Charles Michel and European Commission President Ursula von der Leyen conveyed their concerns about the spread of new strains of the coronavirus in Europe and that they aim to strongly deter non-compulsory travel within the EU and between the EU and other countries.

The leaders said they aim to suggest adding a new category to a map showing risk zones.

Expressing that the regions to be displayed in “dark red” will refer to the places in the EU where the virus spreads very quickly, von der Leyen said people traveling from these regions may need to be tested before travel and quarantined after travel.

Von der Leyen said negative PCR test results of people traveling from non-EU countries can be requested. Stressing that they are against the closure of wholesale borders, she said the borders should remain open for the transport of goods and services in the domestic market.

Michel said the restrictive measures need to continue and in some cases be stricter.

In an attempt to save the coming tourist season, he suggested granting free movement to those who have already been vaccinated.

Although Mitsotakis dismissed the idea of making vaccination compulsory or a prerequisite for travel, his suggestion has already divided EU leaders.

Michel had also warned that these travel certificates should be introduced once a great number of people already received the jabs. Otherwise, the governments risk creating enormous frustration.