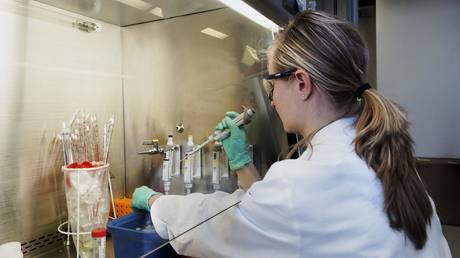 Berlin has said that Europe is pursuing a more measured rollout of a Covid-19 jab to maintain “trust,” after the UK celebrated its emergency approval of the German-developed Pfizer-BioNTech vaccine on Wednesday.

German health minister Jens Spahn said Europe could have already approved the vaccine “if we’d wanted to,” but that EU member states favored a “move forward together.”

“It’s very important we do this to help promote trust and confidence in this authorization,” Spahn added.

His words came as British ministers hailed a “UK-led charge” against coronavirus after the country’s regulator became the world’s first to approve the US-German-made vaccine on Wednesday.

However, Spahn urged caution over hasty decision-making, and also pointed out that BioNTech is a German company, saying he had made a “a few remarks on Brexit to my British friends” over the claim.

The fact that this EU product is so good that Britain approved it so quickly shows that, in this crisis, European and international cooperation are best.

The German minister’s words echoed a statement issued by EU regulator the European Medicines Agency (EMA), which cautioned members of the 27-nation bloc against rushing through a jab using emergency powers as the UK has done.

“The EMA considers that the conditional marketing authorization is the most appropriate regulatory mechanism for use in the current pandemic emergency,” it said. (RT)