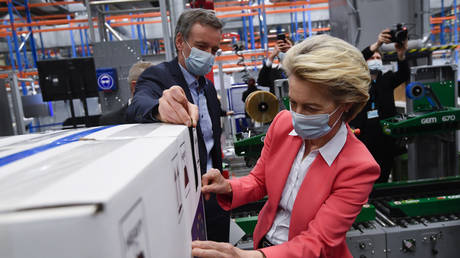 The European Union prosecutor’s office has launched an investigation into the bloc’s procurement of billions of Covid-19 vaccine doses, amid allegations of corruption and secret backroom dealings from several members of parliament.

EU officials announced the probe in a brief statement on Friday, confirming an “ongoing investigation into the acquisition of Covid-19 vaccines in the European Union.” They added that the case follows “extremely high public interest” around the issue, though declined to share any other details.

While prosecutors were tight-lipped about the exact nature of the probe, the announcement follows allegations from MEPs that European Commission President Ursula von der Leyen conducted vaccine negotiations with Pfizer CEO Albert Bourla in secret. Despite requests from journalists, lawmakers and an EU watchdog, von der Leyen’s office has failed to produce personal text messages sent to Bourla during talks for nearly 2 billion vaccine doses, prompting accusations of corruption.

The #EPPO confirms that it has an ongoing investigation into the acquisition of COVID-19 vaccines in the European Union. This exceptional confirmation comes after the extremely high public interest. No further details will be made public at this stage. pic.twitter.com/4001sNZREN

Croatian MEP Mislav Kolakusic noted the new investigation later on Friday, saying the decision was made thanks to pressure from lawmakers. Though he was unable to shed additional light on the probe, Kolakusic has been highly critical of the EU’s vaccine procurement process, claiming deals for billions of doses were marred by “corruption” and secrecy.

The purchase of 4.5 billion doses of the covid-19 vaccine for 450 million EU 🇪🇺 residents is the biggest CORRUPTION SCANDAL in the history of mankind. pic.twitter.com/pCBWJMhwhr

“Today, 10 of us MEPs asked [von der Leyen] the following question: when will she present to us… the communication she had with Pfizer during the procurement of 4.5 billion doses of vaccines at a time when there was absolutely no proof of the effectiveness, and especially not of the harmfulness, of that product?” he said in a tweet earlier this week, calling the issue the “biggest corruption scandal in the history of mankind.” 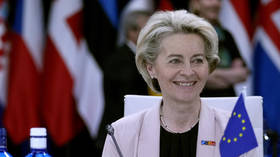 Last month, the European Court of Auditors said that it has asked the commission to provide information on “preliminary negotiations” for the EU’s largest Pfizer purchase – including “scientific experts consulted and advice received, timing of the talks, records of the discussions, and details of the agreed terms and conditions” – but added that “none was forthcoming.” The European Commission still has yet to make the information public, fueling corruption allegations from MEPs. (RT)