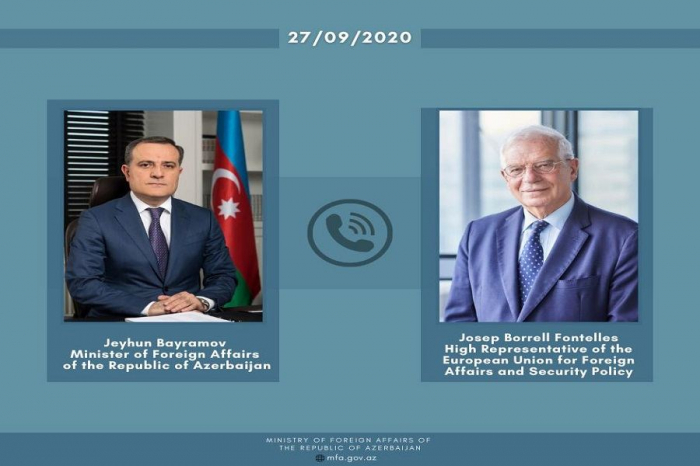 On September 27, 2012 on the initiative of the other side, a telephone conversation took place between the Minister of Foreign Affairs of the Republic of Azerbaijan Jeyhun Bayramov and the EU High Representative for Foreign Affairs and Security Policy Joseph Borrell with reference to Azerbaijani MFA.

During the telephone conversation, EU official Joseph Borel expressed serious concern over the situation in the region.

Minister Jeyhun Bayramov brought to the attention of another side that the Armed Forces of the Republic of Azerbaijan carried out counter-offensive measures on September 27 of this year within the right to self-defense and in full compliance with international humanitarian law in order to prevent another military aggression by Armenia and ensure the safety of densely populated civilian residential areas along the line of contact. The minister said that the armed forces of Armenia had launched another aggression and that the attack was a continuation of the purposeful provocative activities carried out by Armenia in recent months. It was stressed that the responsibility for the situation lies entirely with the political and military leadership of Armenia.

EU official Joseph Borel stressed the importance of reducing tensions, as well as taking appropriate steps to achieve a ceasefire.