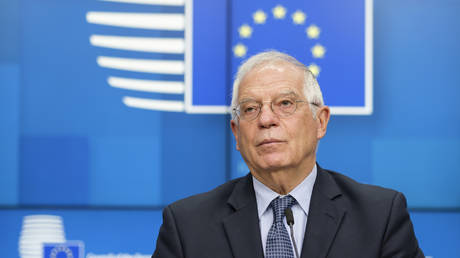 The European Union is not prepared for a war such as the one in Ukraine, the bloc’s foreign affairs chief Josep Borrell warned on Wednesday. He made the claim at a debate panel hosted by the Center for European Policy Studies (CEPS) think tank.

The top diplomat stated that he doesn’t believe it “realistic” that European nations could substantially improve their military capabilities in a timely manner, since the process is “voluntaristic” and there is no “law of gravity to make things happen.”

He explained that even though it is well known where the EU defense shortcomings are, there has to be a “wake-up call” for members to act in a coordinated manner and not end up wasting money. However, he expressed his dismay that the war in Ukraine was apparently not “the right wake up call.”

“We should learn from this war. Look, the European armies couldn’t maintain a war like the one in Ukraine for more than two weeks. They’ll run out of ammunition,” Borrel said.

He also pointed to the fact that Europeans had grown too accustomed to peace and refused to acknowledge the threat looming from abroad. He stated that the EU was built with the banner of peace and that war had “disappeared from our collective imagination,” after the founders of the bloc set out to make war “mentally impossible.”

However, the diplomat noted that peace was “no longer an engine, no longer something that moves. Yes, peace, okay, what else?”

Borrell went on to compare Europeans to “big birds that put their head inside the sand” and don’t want to understand how dangerous the world is, insisting that it is important to make them understand “how the world is.” (RT)