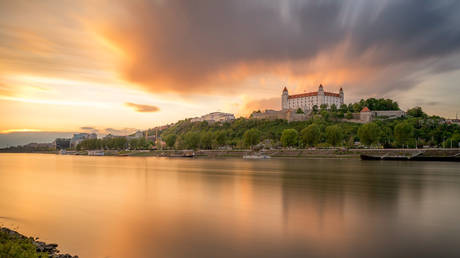 Slovakia warned on Wednesday that it will not be able to agree to the European Commission’s proposal for a ban on Russian oil, and has called for more time to find alternative fuel suppliers.

The proposed embargo is part of the latest Ukraine-related sanctions against Moscow that would see crude imports from Russia phased out within six months and refined products by the end of the year. An exemption was drafted for Slovakia and Hungary, which are heavily dependent on Russia, giving them until the end of 2023 to comply.

The proposed time frame “is unfortunately not enough,” Slovakia’s deputy economy minister in charge of energy policy told internet publication Politico on Wednesday. “We are expecting at least three years,” Karol Galek added, explaining that a key refinery in the country requires heavy Russian oil and that it’s impossible to secure alternative supplies within the proposed time frame. Slovakia gets roughly 96% of its oil from Russia. (RT)