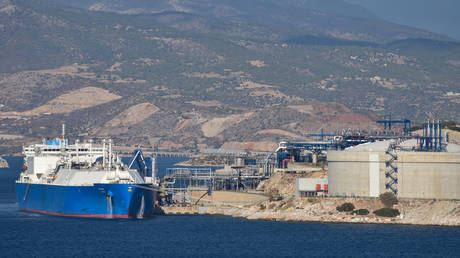 The EU has taken the first step toward making sanctions violations a bloc-wide crime on the same level as terrorism, human trafficking, and organized crime. On Monday, the European Council unanimously voted to add “violation of restrictive measures” to its list of “EU crimes” that carry universal penalties across all member states.

The move is meant to seal off any loopholes in member states’ individual interpretations of the anti-Russian sanctions packages adopted since the start of Moscow’s military operation in Ukraine in February. Czech Minister of Justice Pavel Blazek praised the European Council’s decision as “an essential tool to ensure any attempts to circumvent [the EU’s sanctions against Russia] will be stopped.”

To ensure uniform obedience to EU sanctions across all member states, the European Commission must next propose minimum rules defining criminal offenses and penalties relating to the violation of restrictive measures, according to a European Council press release. That directive will then be discussed and subsequently adopted by both the European Council and the European Parliament. 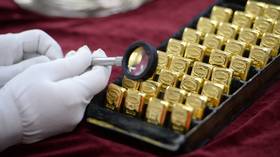 The EU has the power to adopt and enforce bloc-wide “minimal rules” concerning the definitions of criminal offenses in areas of “particularly serious crime” that have a cross-border dimension.

In addition to terrorism, human trafficking and organized crime, illicit drugs and arms trafficking, counterfeiting of money and other forms of payment, money laundering, the sexual exploitation of women and children, computer crime, and corruption are all considered “EU crimes.”

EU member states have struggled to reach agreement on several aspects of the anti-Russian sanctions regime, such as a price cap on seaborne oil exports and the inclusion of Russian diamonds in future sanctions packages.

The European Council’s decision to elevate sanctions violations to an “EU crime” level is seen as a necessary precursor to the bloc’s efforts to confiscate hundreds of billions of dollars in Russian state and private assets currently protected under international law in the name of reconstructing Ukraine, according to Politico.

While it is not legally possible to unilaterally confiscate another country’s assets under existing regulations, the European Commission recently launched an initiative to identify “ways to strengthen the tracing, identification, freezing and management of assets as preliminary steps for potential confiscation,” a document seen by Politico earlier this month revealed. (RT)