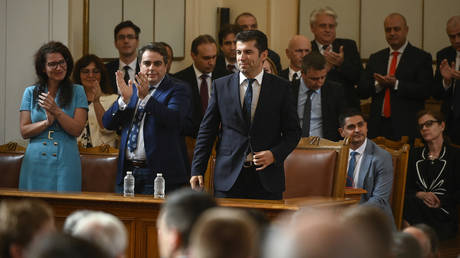 Bulgarian Prime Minister Kiril Petkov lost a no-confidence vote in the parliament on Wednesday, after a junior partner in his tenuous ruling coalition joined the opposition. The Harvard graduate and former Canadian citizen denounced his critics as Russian agents beholden to organized crime and vowed to continue fighting to make Bulgaria a “normal European country.”

Of the 239 members in the parliament in Sofia, 123 voted for Petkov’s ouster in what Bulgarian state media described as the first successful no-confidence vote in the country’s modern history. Only 116 backed the PM, with no abstentions.

After the vote, Petkov accused the main opposition party, Revival, of being a conduit for “Russian interests” and said it had been his honor to lead a government that sought to root out corruption and organized crime.

“We will continue to fight so that one day we can have a Bulgaria without the mafia, a normal successful European country,” Petkov said in his parting remarks. (RT)