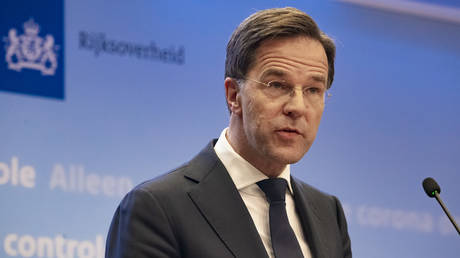 Ukraine’s chances of joining the European Union or even obtaining a candidate status are not great, says Dutch Prime Minister Mark Rutte, adding that there are too many member states who are opposed to the idea, and that it would be unfair to countries in the Western Balkans who have waited for much longer for candidate membership.

Speaking in parliament on Monday, Rutte noted that Ukraine could still receive potential candidate status and be told how many steps and reforms it needs to make in order to become a fully fledged contender for membership, adding that the same process applied Bosnia.

The PM added that such a move would ensure that the Ukrainian authorities are “not demotivated,” even though he acknowledged that the country was still “very far away” from candidate membership as is, for example, Moldova. He noted, however, that he believes all countries on the European continent are ultimately entitled to join the EU as long as they meet the conditions.

Several Dutch parties in the country’s lower house of parliament have recently called for Ukraine to be made a candidate member as soon as possible, including a coalition party and two opposition parties, however, Rutte’s ruling VVD party has remained reluctant to grant Kiev that status.

As for promises made to Kiev by other European leaders, Rutte explained that their statements on Ukraine’s EU membership were more “emotional” rather than “legal”.

Rutte’s sentiments were recently shared by another EU member, as France’s European Affairs Minister Clement Beaune stated on Sunday that Ukraine’s accession to the bloc could take several decades. (RT)